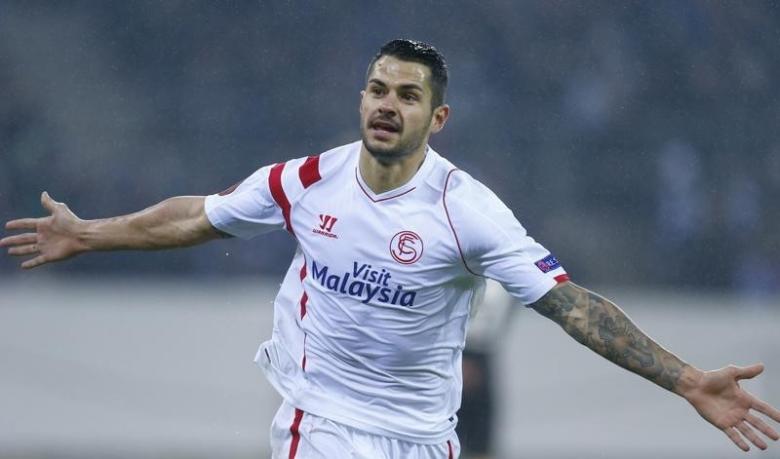 Despite having dominated the continental scene for the last two decades, Spanish football has a problem. Outside of the big two, Barcelona and Real Madrid, other La Liga sides watch their best players move on. Usually, the skewed TV deal in Spain means that clubs usually cannot have enough money in the bank to give players the contracts needed to match their ambition, financially or on the pitch. Premier League clubs have long been happy to take the punt, buying big-name La Liga stars for massive sums of money with regularity.

One name that is currently touting himself for a new chapter in his career is that of Sevilla star, Vitolo. Liverpool fans will remember Vitolo with bitterness, having ran the show against the Reds last May in the Europa League Final, Basel. The little Spaniard is a fantastic player, with excellent feet, fine technique and the vision to combine both together.

Now, he’s sounding as if he wants to make up for his brilliance in Basel – with a move to Anfield. The link seems to have come through a link to an old friend and teammate, Alberto Moreno. The little left-back is the source of much comedy to many English football fans, and one of frustration for Reds fans. If his presence was enough to land a player like Vitolo, though? He’d be welcome for another little while!

Recently crowned a Spanish international Vitolo has been speaking about his connection to Moreno, and how much he appreciates the Premier League.

“At some point in the future it would be really good for me to try playing in England,” Vitolo said when speaking to the Daily Mail.

“I was upset for him because we were very close here. I think Liverpool have a special player for many years to come. He’s still young.

“He [Moreno] tells me it would really suit me. Liverpool is a great club with a lot of history. One day I would like to try a league like the Premier League. Let’s see what happens.

“When I was a kid on the Canary Islands, we followed the fortunes of Manchester United and Liverpool. There are a lot of great teams in England.”

Interesting words for many Liverpool fans to hear – another exciting and ambitious attacking player? Is that what they need?

With the likes of Adam Lallana, Gini Wijnaldum, Philippe Coutinho and Roberto Firmino to name but a few players who could play where he is, the Spaniard would need to be in top form every week to get in the side.

For any Liverpool fans interested to see how a potential new signing would play, they can find out tonight. He’s about to take to the pitch at Wembley where he’ll likely do some damage.