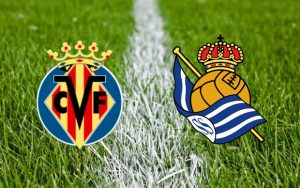 The fourth week of La Liga looks set to throw up some very interesting ties, with the Villarreal meeting up against a Sociedad side that nobody is too sure of. Both clubs look like they could be in for rather tough seasons, with neither really carrying the swagger and gravitas of old.

However, with that in mind, you would expect that Villarreal would come out of this the stronger of the two. With a talented squad including people like Bruno Soriano, Alex Pato, Roberto Soldado and Cedric Bakambu there is no doubt that Villarreal carry a glut of attacking talent around with them. With that in mind, though, the start to the season has not been too spectacular given how many goals they could have.

Having defeated Malaga away 2-0 in the last game, Villarreal are coming into this game with a bit of confidence that was lacking in previous rounds. They do, however, have an improving level of form across the board as various players start to really understand how they are supposed to play within the confines of the squad itself.

The rapid departure of Marcelino just as the season was starting caused utter havoc for the Yellow Submarines. However, they look to final be leaving these problems behind as they settle down ready for a challenging season.

Sociedad, though, look a bit worrying. They have a very mediocre look and manager Eusebio Sacristian has not convinced entirely. The club itself has actually felt a bit downward in trajectory ever since the qualified for the Champions League in the recent past. Each seasons since they feel less exciting and a little more mundane to watch, which should be a major source of concern for Sociedad fans.

In truth, the club as a whole feels a little rattled, and haunted. The ghost of the dour David Moyes era still lingers, and players such as Assier Illaramendi are yet to find their feet again since arriving back at the club.

Overall, we worry for Sociedad this year – even for relegation. They look pretty poor in key areas and don’t seem to have the steel to handle the stress and struggle that they face. For this match, then, we’d be shocked if it was anything but a win for Villarreal.

They are a better side in a greater moment and, even with the recent upheaval, more stability. The upward trajectory for Villarreal is much higher and visible than it is for Sociedad. Whilst that never will decide a game of football, we suggest it will have a profound effect on this match.

A comfortable Villarreal will be on the cards here, we suggest. It’s going to be a good La Liga match but only one club looks truly happy.