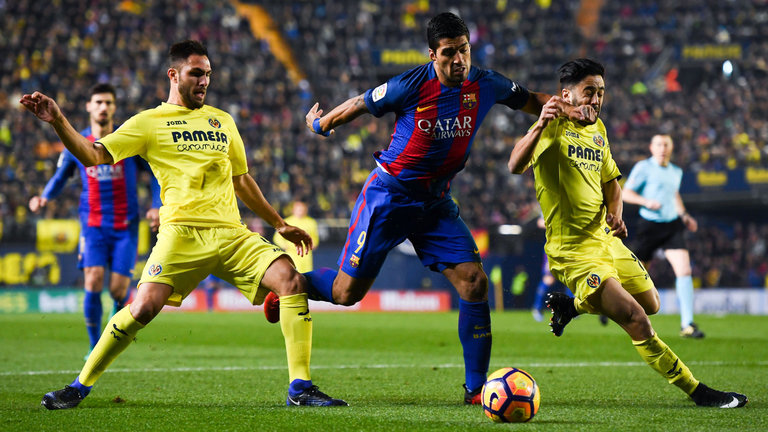 This weekend, La Liga has a rather fantastic feature match for us at El Madrigal, Villarreal. The Yellow Submarines, sitting in 6th, host would-be champions Barcelona. Despite drawing their last two games, Barcelona are sitting pretty at the top and know that a win here on a tough weekend for their ‘rivals’ could put them in a great spot heading into the winter.

For the home side, a bit of an injury crisis means they are looking a tough light in terms of numbers. While long-term absentee Bruno Soriano is not far from a return, the likes of summer signings Ruben Semedo and Carlos Bacca (who have struggled to impress) are likely to miss out. So too will ex-Real Madrid man Denis Cheryshev. That said, it’s likely that young Dani Raba will continue in the team, as well as Sergio Asenjo could finally return after another lengthy spell out.

The visitors have far less complicated issues this week, though. While Ousmane Dembele and Samuel Umtiti being missing has been a minor issue for them, the experienced duo of Andres Iniesta and Javier Mascherano missing out is more of a blow. Despite this, though, they have a relatively stable line-up with Sergi Roberto likely playing full-back and it might be a chance for Andre Gomes or Paco Alcacer to remind fans why they were bought in the first place.

This should be a cracking game of football, too. Barcelona, unbeaten in the league, know that they have to turn up to win this one. With the imperious form of Messi and co. that should not be too hard to arrange. Villarreal are good, but poor defensive form and a lot of injuries means that outdoing Barcelona for 90 minutes might be a call too much. Whatever happens, it’ll be exciting!