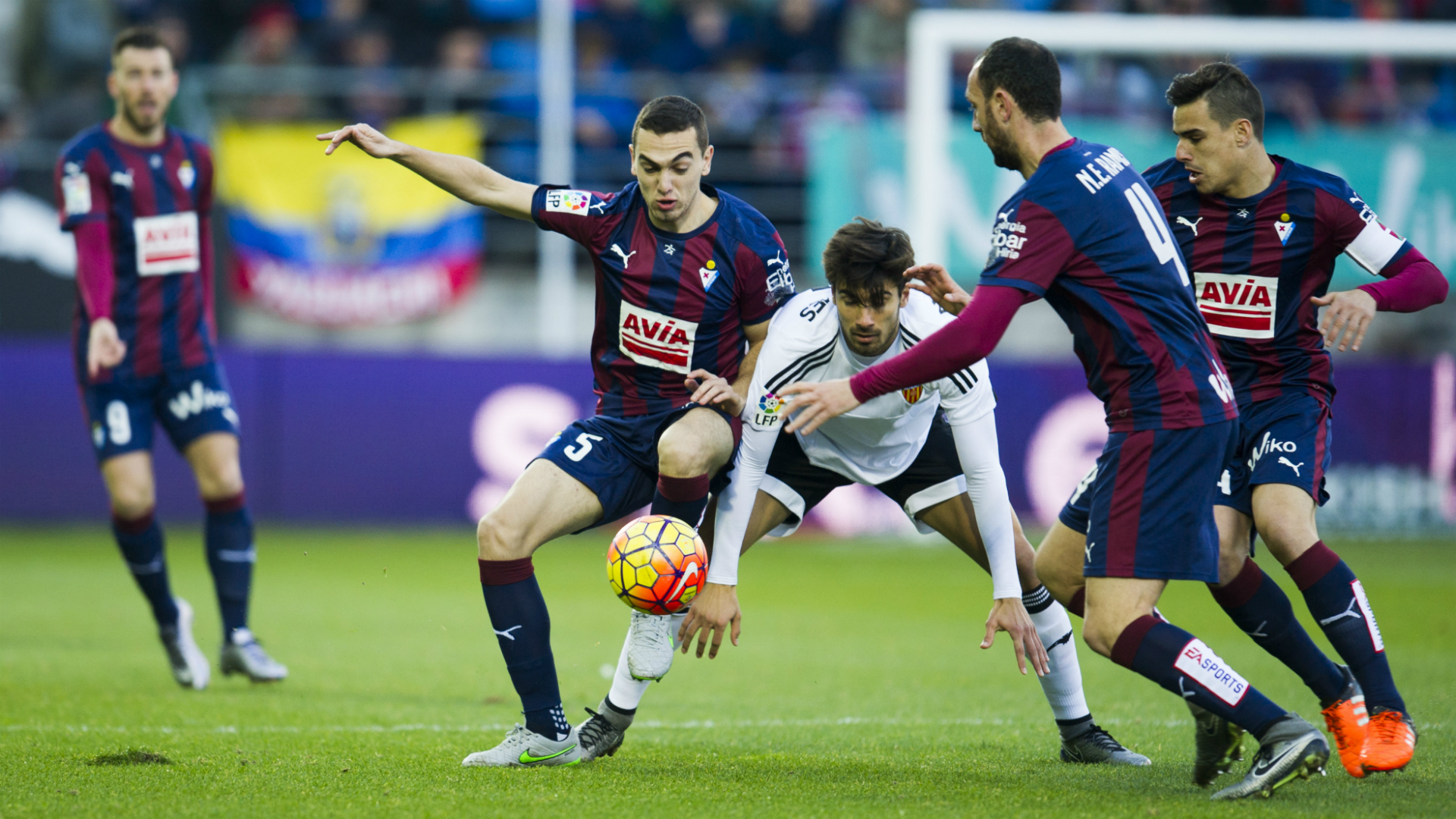 We’ve covered Valencia a fair chunk this season – with good reason. As one of the traditional giants of the Spanish game, they are a side that you expect to see challenging for the Champions League places. When run correctly, they are one of the few clubs with the capacity to challenge the Real Madrid/Barcelona complex. At the moment, though, a decade-plus of poor decision making, bad appointments, mediocre signings, overwhelming debt and a stadium-shaped noose around the neck is holding the club back in a dramatic way.

This weekend, they face an Eibar side that is surprisingly ahead of them in the division. With the 15th placed Los Che hosting their diminutive opponents, who arrive in 9th place, the onus is on the home side to get a result. The problem is that, with such inconsistent form and poor quality of play at the best of times, it’s pretty hard to see that coming.

Eibar are by no means a great side – but they arrive with a bit more confidence, and a better level of fitness and form, than their opponents. Valencia, for example, are missing Rodrigo Moreno and Enzo Perez (injury) alongside Nani, Dani Parejo and Munir El Haddadi. Given that some of their best performers are on that list, it’s hard to see where the offensive performance is going to come from.

Eibar are missing David Junka, Kike Garcia and Asier Riesgo. Fran Rico is a doubt, but might just be able to get on the pitch. The return of Antonio Luna, formerly of Aston Villa, would be a much-needed boost at the back for the away side. As would the return of Alejandro Galvez, who returns at the back following some steady enough performances.

Valencia are hoping that caretaker genius Voro can inspire his side to a positive result in what has been a pretty trying period of time for the club. With so many of the reliable first-teamers out, though, this might be a game that even he struggles to make a difference in!

Fabian Orellano and Simone Zaza, two new signings, could come into the side to offer some brief respite from what has been a tough time in front of goal. Orellano arrives after a bust-up at Celta de Vigo, where he was one of the more impressive performers in recent years, and could provide the home side with a missing spark. Zaza needs to re-find the form and confidence that got him a move to Juventus in the first place – whether the chaotic world of Valencia is conducive to that remains to be seen.

Despite railing on the home side, we expect a home win. Voro is as good a coach as Valencia have had, and should pick up a tough home win here.