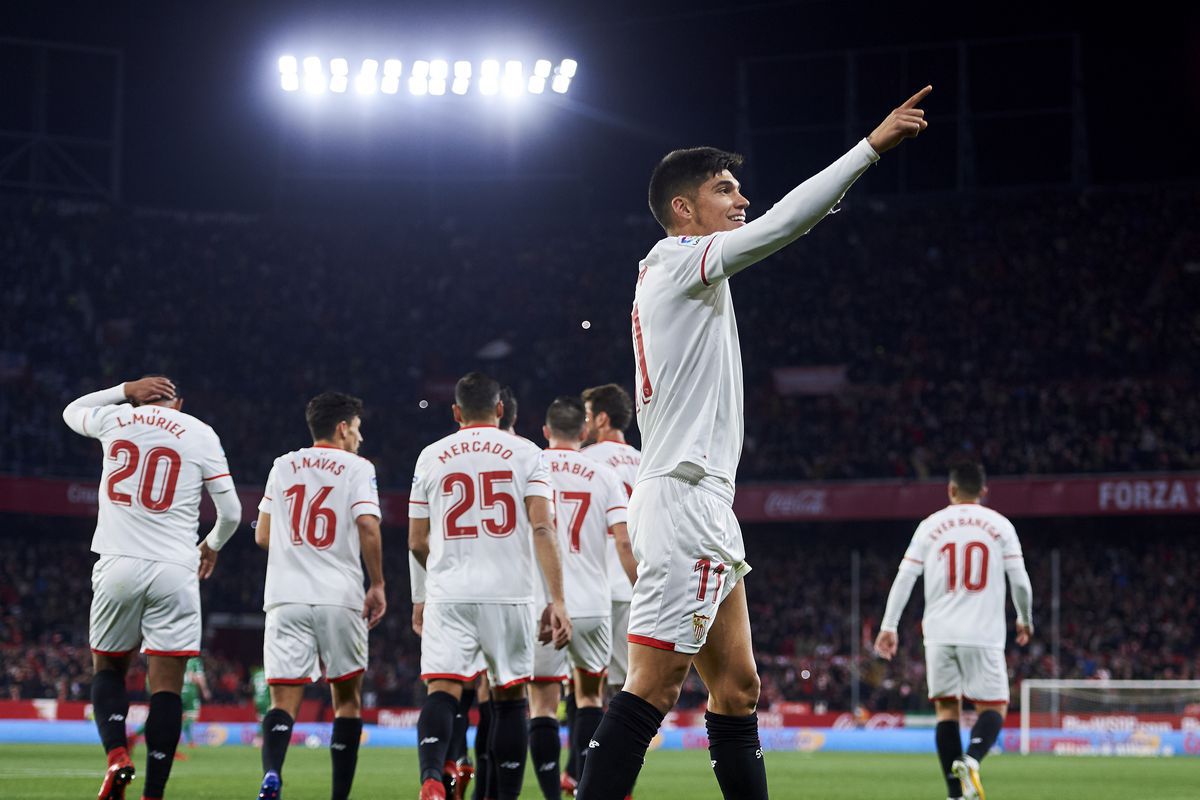 Joaquin Caparrós was welcomed home to the Ramón Sánchez Pizjuan with just one goal in mind: Europe. After his predecessor Vincenzo Montella was given a recent vote of confidence by the board, his promise to secure qualification into the Europa League was thrown into doubt just one game later. Another defeat made it too much of a gamble to keep faith with the Italian, with his replacement providing a stark contrast. No promises made on style, but merely the substance provided by hard work, grit and passion for the badge on the shirt.

There has been no harmony between Sevilla’s managerial recruitment process this campaign. After the successes of Jorge Sampaoli, Eduardo Berizzo appeared to be a coach that knew how to both carry a team into the upper reaches of the table, as well as take a side into the latter stages of a big continental competition. His reputation spoke for itself at Celta, a club with a lower budget and a shallower squad, and yet his heavy rotation and flimsy foundations saw him deposed at Sevilla after a matter of a few months.

Vincenzo Montella arrived to pick up the pieces, with Berizzo’s up-and-down start to the season seeing his side stabilise in fifth place while putting in some entertaining, yet worrying, performances in the Champions League. The grass isn’t always greener, however, as the former Milan boss came into the picture in Andalusia, set his first-choice side in stone and preceded to underachieve. It was a good move to make at first, given that a lack of consistency had been Berizzo’s downfall, but a failure to tighten things up at the back and implement any type of progressive playing style saw more heartache than positives, with the club’s intimidating home record going from lion-esque to kitten-like.

A good performance in the Copa del Rey against Atlético Madrid was a highlight, as Montella’s side scrambled over a poor Manchester United to progress in the Champions League, but short-term successes could only paper over the cracks until it become inevitably obvious that Sevilla’s long-standing European record was in serious jeopardy. Since 2004, Los Nervionenses have missed out on qualification just once, and another sacking was required to sooth any nerves.

Caparrós stepped into the void with plenty to say. He wanted commitment and passion, and was deliberately outspoken coming into the Seville derby, pointing out the fact that Real Betis had committed more fouls in the previous edition of the fixture and that Sevilla had, in fact, been more aggressive going forward. But would he encourage ‘anti-football’? “Football has to have character,” Caparrós insisted.

Sandro was brought in from the relative cold to feature at the head of Sevilla’s attack, with Éver Banega deployed just off him, helping the ex-Málaga forward to press when they were out of possession. Miguel Layún was trusted to hold down the fort at right back in the absence of Jesús Navas, with a hard-working take on a 4-4-2 system loosely utilised. First came a messy 1-0 win over Real Sociedad, before a chaotic 3-2 victory over Real Madrid ensured that some essence of Sevilla’s previously impressive home form had been recaptured before the summer.

On the penultimate weekend came the chance to earn the club some bragging rights, but similarly the fixture against Real Betis proved to be the final hurdle for Caparrós to navigate between disappointment and the Europa League. The grit, passion and edge that Sevilla’s new coach had promised were the perfect cocktail to take into El Gran Derbi. Cynical fouls characterised the first half, with the newly relevant Roque Mesa becoming something of a general in midfield.

Sandro put in some hard running in attack, while the likes of Steven N’Zonzi, Éver Banega and Pablo Sarabia were given a little more freedom. They’re talented and it would therefore be counterproductive to tell them exactly what to do, Caparrós had supposed. Sevilla pounced upon two lapses in concentration from Betis, doing just enough to ride out an uncomfortable first half and later see out a vital point.

Sevilla haven’t got a great deal right since the departure of Monchi, their reputable ex-sporting director, with last summer player additions yet to truly find their place while the managers have come and gone. Consistency is required, and fast, with Caparrós nothing more than a short-term injection of energy at the end of a campaign that has been as taxing mentally as it has been physically.

It hasn’t been pretty, but Sevilla have earned themselves the chance to regroup and rally again for the coming campaign. Both the board and the players themselves have learned what can only be thought of as inexcusable form ahead the months to come. A long-term vision is required to persuade stars to stay, new stars to arrive and for the fans to keep the faith.