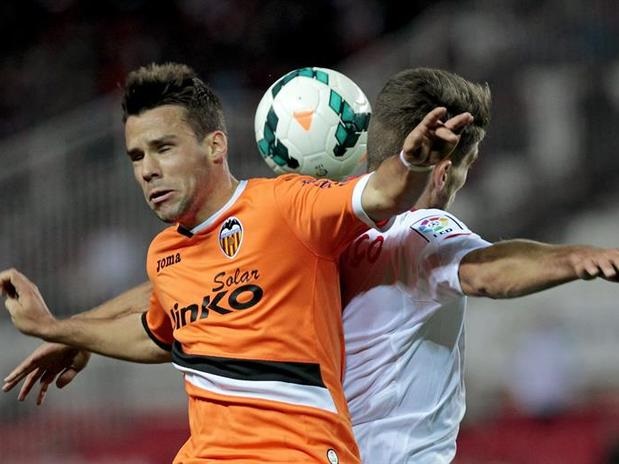 As one of the traditional big games of La Liga, this weekend pits two of the powerhouses of Spanish football together when they could not feel on different paths any more. Sevilla have gone from strength to strength following a lean period in the early part of this decade. Now, they hold three consecutive UEFA Europa League trophies, look set to head to the knockouts of the Champions League, and could even put in a contest for the La Liga crown. Valencia, meanwhile, are in flux.

The third largest team in Spain come into this weekend just above the drop zone, in 16th. They’ve won just three games all season and have already lost seven, with a mere 11 points and one win in the last six. Travelling to a Sevilla side who have one loss in their last six, then, stinks of a recipe for disaster. The Andalusian side sit in 3rd, with 7 wins already and 24 points. They are one of the most talented sides in the league this season, and the play put together by Jorge Sampaoli is creating a deeply exciting side to watch.

Los Che turn up here knowing that a win could be the catalyst needed under new coach Cesare Prandelli, but it’s not especially likely. The main bonus for Valenica is likely to be the fact that Samir Nasri, Michael Krohn-Dehli and Benoit Tremoulinas are all out. The trio are good players and make a big difference to the Sevilla side when they are in. The likely replacement for Nasri, though, is Paulo Henrique Ganso. As the big Brazilian continues to evolve and find another level in Spain, this is the kind of game you would expect him to take by the scruff of the neck and dominate.

After all, Valencia arrive here in poor form and with the best hope for victory turning the midfield into a battle. Dani Parejo, Mario Suarez and Enzo Perez are all good players, but they probably lack the dynamism and difference in profile to dominate the Sevilla side. N’Zonzi and Ganso are impressive players in the middle of the park, and will likely go some way to deciding this match.

Valencia can also hope that star player Nani can make a big difference, though he’s just one booking away from a suspension so will need to be on his best behaviour this match.

With people like Vitolo and Franco Vazquez providing the ammo, it shouldn’t be beyond the realms of possibility for Sevilla to find the goals needed to win this one. Valencia are winless in four and lack the attributes needed to outgun a side who love to score.

A comfortable Sevilla win is our prediction – the away side simply don’t appear to have what it takes to make the most of the gaps that a Sampaoli side can produce. With seven conceded in just three games, though, Valencia might have hope that – if they can find their own attacking verve – they could do some damage.