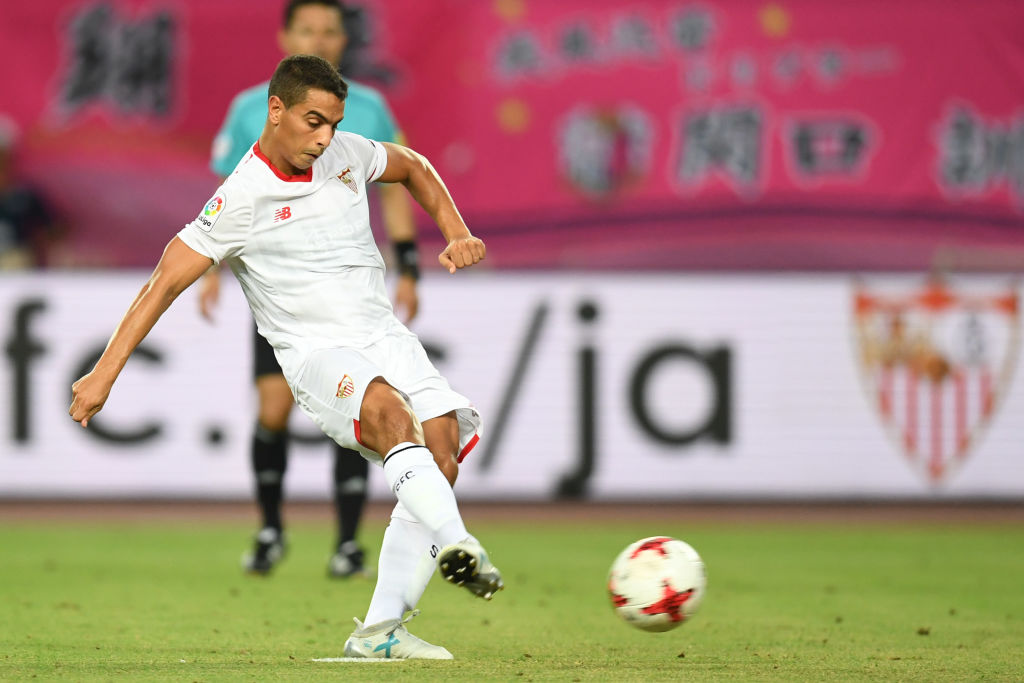 Vincenzo Montella’s side arrived at Old Trafford expecting a siege, but it never came. Despite all of the stereotypes of Old Trafford, its crowd and their expectations, there was nothing to fear. Frank de Boer would teach Marcus Rashford how to lose, Jose Mourinho had supposed earlier this week, but Wednesday evening didn’t suggest that his squad were too clear on how to go about securing themselves a win.

This Sevilla team was not one to be feared. While Ray Wilkins’ pre-tie comments about them merely being fit to reside in the bottom six of the Premier League were incredibly wide of the mark, there was still an inkling of truth to his words. Not that they were a poor side, nor that they would rub shoulders with those dwelling in England’s top-flight basement, but the notion that Manchester United should have had nothing to worry about.

A journey to the Ramon Sanchez Pizjuan, a ground in which only Valencia, Atletico Madrid and Real Betis have enjoyed victories since December 2016, was the big test for Manchester United. David De Gea pulled them through in that 0-0 first-leg stalemate, and the feeling was that Montella had missed his chance. Although Mourinho had been negative and kept a clean sheet, his game plan had steered his squad away from a potentially rocky shoreline. A trip to Seville is not for the faint-hearted, but the visitors survived by the skin of their teeth.

For the first hour at Old Trafford, however, you would be forgiven for thinking that the first leg was being held in Manchester. A lack of urgency, drive and forward-thinking from Mourinho’s side allowed for Sevilla to have a bit of time to ponder when they were in possession themselves. Steven N’Zonzi and Ever Banega stepped up to the plate in central midfield and looked assured. This wasn’t the test they had been promised.

When called upon, especially from one low drive from Jesse Lingard in the second half, Sergio Rico stood firm in goal, with Clement Lenglet having one of his best games in a Sevilla shirt just ahead of him. His usual rashness was replaced with measured physicality, with a combination of last-ditch interventions and quick thinking helping his side to prevent Man United from taking an undeserved lead.

Lone striker Luis Muriel snatched at some chances, while Joaquin Correa also saw his first touch let him down on a couple of occasions, but the spine of Sevilla’s team performed well. In standing off and ultimately looking to avoid making the first big error of the tie, Man United allowed for Montella’s men to settle, to counter with purpose and to protect their goalkeeper fairly adeptly.

Had the hosts gone on the front foot, the visitors’ form this season on the road would have suggested that they wouldn’t have stood up to much scrutiny. By sitting back, Mourinho’s men saw Sevilla spurn sufficient chances to have racked up a considerable scoreline.

Under Eduardo Berizzo, the first half of Sevilla’s season was nothing short of a disaster. While some exciting games against Liverpool helped them do enough in the Champions League to progress into the knock-out phase, their LaLiga form was below par. In Europe, especially when taken apart on a trip to face Spartak Moscow, their weaknesses were laid bare.

Lenglet and Simon Kjaer were regularly caught out for pace at centre back across plenty of fixtures, with Los Nervionenses’ shape completely breaking down due to one forward-thinking pass through their midfield lines. It was an simple as that, with opponents then having the time and space to pick up speed and drive at an exposed defence. Once the likes of Banega, N’Zonzi or Guido Pizarro were turned, it was almost a forgone conclusion that Sergio Rico would have some work to do.

Berizzo over-rotated and didn’t know his best team, which would eventually result in his sacking, and this is where Montella has made a telling intervention since arriving in January. It didn’t take long for the Italian to pick a settled eleven, and consistency bred some confidence and improved combination play between personnel that had enough minutes together to build up working relationships on the field.

There has been no overhaul, however. No footballing revolution, nor has their footballing blueprint been torn into shreds and then reborn. Just as Berizzo had problems with a lack of pace at centre back and a misfiring striker to lead the line, Montella has still been plagued with the same issues. Their January transfer business was minimal and they have had injury problems at right back. The same chinks in the armour were still present for Mourinho to exploit as when Liverpool and Spartak caused Sevilla all kinds of problems in the group stages.

Sevilla aren’t going to win the Champions League, but their coach made a positive change at exactly the right time to introduce Wissam Ben Yedder in Manchester. His injection of fresh legs and an eye for goal were the perfect remedy to a misfiring front three, in what was arguably the first piece of intuitive management across the two knock-out legs, gifting his side the momentum and the belief to take a historic win in front of a voracious away following.

After failing to hit the back of the net at the Ramon Sanchez Pizjuan, it appeared that the door had closed on the next round for Sevilla. Mourinho dropped the executioner’s blade and has let them live a little longer.