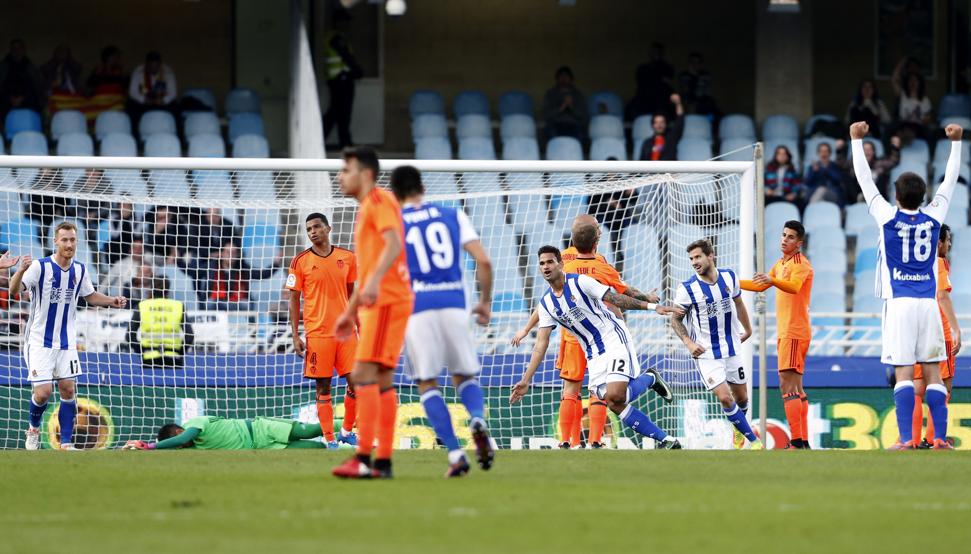 This weekend, two of the early surprises of the season – Real Sociedad and Valencia – take to the pitch against each other. In what promises to be a very exciting match, this one should see plenty of high-level football with two teams that, for the first time in a while, feel like they have finally released their shackles.

However, the decider for this one might be the injuries. For the home side, it’s likely that Inigo Martinez and Mikel Oyarzabal will miss out, while Raul Navas and Carlos Martinez are out for the medium to long-term. That being said, Valencia are missing the much-improved Ruben Vezo, who misses out with injury.

The away side are in good form, with Simone Zaza beginning to look like a man who once wear the white and black of Juventus. He’s got 4 goals already, with a hat-trick last time out in midweek, and with Rodrigo Moreno back among the goals too they look refreshed as a side. Again, the work of young Carlos Soler – the next young youth prospect to come through at the Mestalla – has been very impressive, too, and he could be a deciding factor in this match.

During the week, Sociedad manager Eusebio tried to mess around and wound up losing 3-0 in a chastising lesson about rotation with such a thin squad. With three goals in their last two matches, too, Sociedad would take a dour clean sheet if it was offered.

Valencia are in good form, though, and scored five times against Malaga so they should come into this one flying. We’re going to for a score draw, though if you feel that you absolutely must bet on a team then you should bet on the away side; unbeaten in 5, they look in good form for a win.