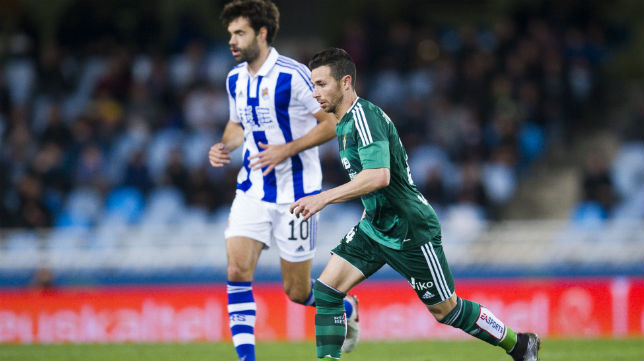 For many fans of Spanish football, it’s teams like Real Sociedad and Real Betis that make the league shine and be as enjoyable as it is. This game is one to watch, especially as both sides look set to have very impressive seasons. For the home side, three losses on the spin ahs done a lot to kill their early season optimism, with a cruel loss at home last time out likely hampering performances and confidence.

Add in the fact that Betis have won their last three – including a game at the Bernabeau- and there’s no reason why they cannot feel confident going into this one. Players like Andres Guardado, Fabian Ruiz and Joaquin are lighting the season up alongside players such as Sergio Leon and Antonio Sanabria up front.

They have an eloquent and engaging front line, and with a solid defence and midfield behind it we expect the Beticos to be a surprise package this year. They’ve got talent in abundance and should really show up this season as a team that could make the top eight; a huge improvement over recent years for Betis fans.

Meanwhile, the home side – outside of Illarramendi and Oyarzabal – have lost a lot of their early season zip. While they are decent at home most of the time, we cannot see beyond the away side getting something from this game. The only thing that looks like it could slow down Betis now is overconfidence brought on by their excellent start.