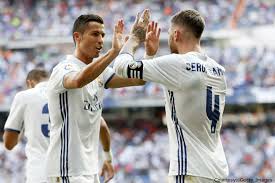 This weekend, the Spanish league leaders get to take on what should be the most routine of home matches. Real Madrid against Sporting Gijon is a game that rarely breaks any standard convention, and we don’t expect that to be changing this weekend. Madrid sit proudly at the top of the table on 30 points from 12 games, while the opposition are a mere 18th, with only two wins all season. So, one of the worst teams in the league has to come to the best team and win, despite having rather drastic away from.

The main hope, then, is likely to come in the fact that Madrid are a little light. Gareth Bale, Marcelo, Pepe, Toni Kroos and Alvaro Morata are all out for varying lengths of time, with each being an important member of the Madrid squad so far this season. Meanwhile, the likes of Alberto Lora and Dani Ndi will be missing for the away side, players who have been far less instrumental than the group listed above for Los Blancos.

The capital side though can likely celebrate the return of midfield enforcer Casemiro to the league team, edging back to fitness. Also, the Croatian duo of Luka Modric and Mateo Kovacic are likely to start (and star) again, as they continue to develop a fantastic awareness in midfield that is likely to benefit both club and country for years to come.

Lucas Vasquez is likely to take the role of the injured Bale, working as a fine alternative for the Welshman. Despite the obvious gap in quality between both players, this is the kind of game that is perfect for Lucas to get his form back.

Meanwhile, on the other side of the coin there is the hope that right-back Lillo can return to form after his recent suspension. The defender is one of the more impressive Sporting players and, if they are to get anything from this whatsoever, is likely going to be needed to make sure that can be the case.

Borja Viguera is likely to be on the pitch again, alongside Carlos Carmona. Both players are some of the more interesting players for the away side and they will need as close to their ideal XI to come out of this with anything but another heavy loss.

We expect, though, that Madrid will simply have too much this weekend, as they continue their dominating ascent towards a La Liga title that has been missing from the trophy cabinet for too long. Recent Champions League successes means that the club can now turn its attention back towards the domestic scene temporarily, allowing the famous club to chase down as many titles as they can.

Sporting are likely to be a victim in the way of the Real Madrid train as it continues to pick up pace and skittle all opposition out of the way. In terms of a result, a comfortable Madrid win only looks like a plausible outcome.