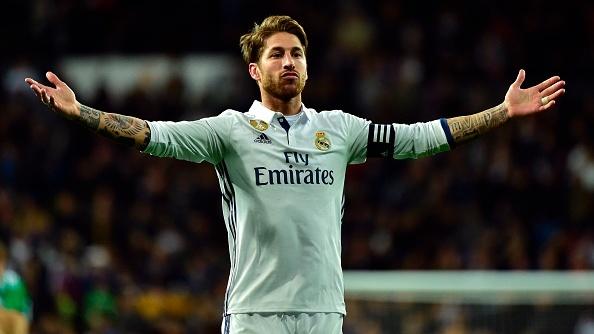 It’s the battle of the Real this weekend as league leaders Real Madrid take on a struggling Real Betis side. Welcoming back former cantera product Antonio Adan, it’s going to be funny to see how many saves he has to make in what has to be one of the biggest home bankers of the season.

Very few of the Betis team come out of this season with much credit. Ruben Castro, Joaquin (when fit), Ruben Pardo and Adan are probably the few members of the Betis squad who can keep their heads held high. Sitting 14th in the league and not quite clear of the relegation positions just yet, the away side know that something – anything – would be a positive result at the Bernabeu.

Good luck, though; Madrid are vicious at home. With won 6 home wins on the spin against Betis, too, they have a hoodoo over their visitors. As such, anything other than a home win would be a massive shock. Madrid are flying after a huge win at the San Paolo in midweek, so they should be more than comfortable taking on the team of the ‘quality’ of Betis, certainly at home!

Real Madrid did draw their last home game, though, at home against Las Palmas. They drew 3-3 after a significant comeback, but it was still a poor result. Unlikely to slip up twice at home, though, it’s not beyond the realms of possibility that Madrid more than make up for that high-scoring draw with a brutalizing win here.

Confidence is flying as we mentioned a moment ago. They are in fine form in general, keeping goals out at the back (the 3-3 aside!) and scoring with regularity. Even Sergio Ramos has managed to hit double figures this year, a very impressive feat. If you want to put money on any defenders getting a goal in this one, he would be the best bet!

This match has nothing but a Madrid win written all over it. Betis have a pathetic one win away from home under Victor Sanchez, so correcting that is going to be pretty damn tough. It’s very hard to see how Madrid come out of this with anything over than the three points; and a bit of a boost to their goal difference would not be beyond the realms of possibility, either. 3-1 Madrid, and that’s being conservative.