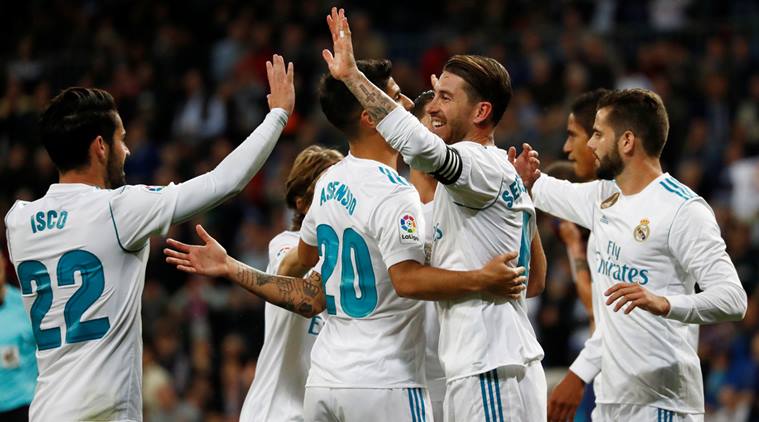 This weekend, Spanish champions Real Madrid know that they need a win to keep the pressure on at the top of the table. Hosting 16th paced Eibar who have 2 wins from their 8 games sounds like as good a place as any to start, right?

With 3 wins in a row, Madrid come into this knowing they are playing a team with one win in six games. This should give them the desire and energy they need to go about their business, but things haven’t been quite as free flowing as fans would have expected since the start of the season.

In truth, Madrid have looked a little off at time, with a shocking 0-1 loss at home to Real Betis giving Barcelona the chance to get some much-needed breathing room at the top of the league. A draw in midweek with Tottenham was quite an uninspiring result, too, and this weekend they arrive knowing they are missing players like Raphael Varane, Kaylor Navas, Gareth Bale and Dani Carvajal as well as the long-term Mateo Kovacic.

These injuries mean that Madrid know they need to play it smart and safe against Eibar, who are missing key player Ivan Ramis. With some improvements forthcoming for the home side and not much to cheer about for the away side, though, it’s hard to look beyond a Madrid win.

Without a goal in three games, too, Eibar look like they lack any kind of zip and confidence. With Ramis out, they are lacking a bit of strength at the back and this could cause them some major issues in terms of how they play. We expect nothing more than a solid Madrid win, though their rather frail performance so far leave us doubting any kind of majorly emphatic victory.