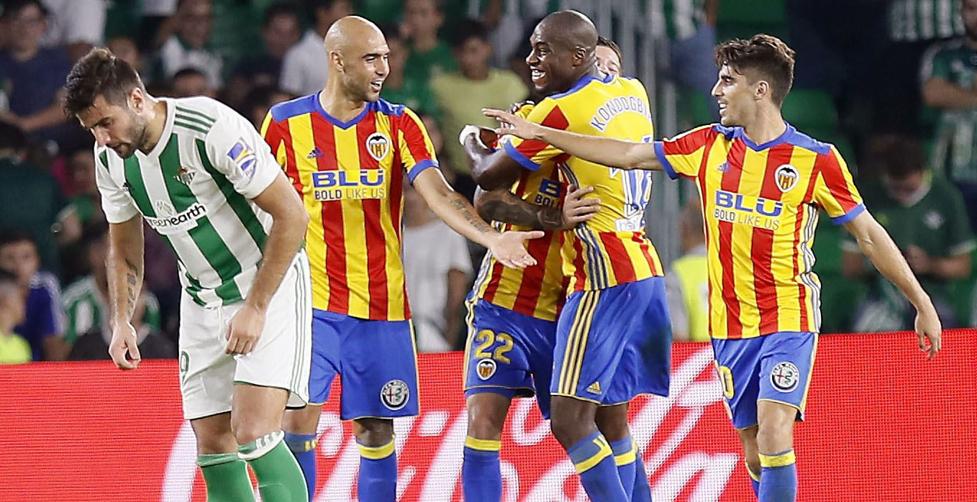 Following a good start to the season for two of the best-supported clubs in Spain, 2017/18 promises to be an exciting period of time. With just two losses between the two taems in their seven league games, both teams arrive here in good spirits and ready to go the extra mile. If you are looking for an alternative game to watch this weekend with all of the action coming up, this is definitely one to keep an eye on.

With players like ex-Valencia man Andres Guardardo and Joaquin in top form for the home side, while the likes of Simone Zaza and Geoffrey Kondogbia proving they were good acquisitions after all, this is going to be a very interesting game to watch.

Both teams have very impressive players, and appear to be knitting into systems that very much plays to their strength. As such, there is the risk that this game could be quite cagy with two confident sides capable of cancelling the other out.

For the home side, the loss of Javi Garcia would be a shame, but the excellent Guadardo should be able to make up for that loss in the middle with minimal fuss. Up front, the two forwards – Sanabria and Zaza – are sure to make a big difference to how this match goes. Both are in top form, and we’re backing both to get a goal in a thrilling encounter.