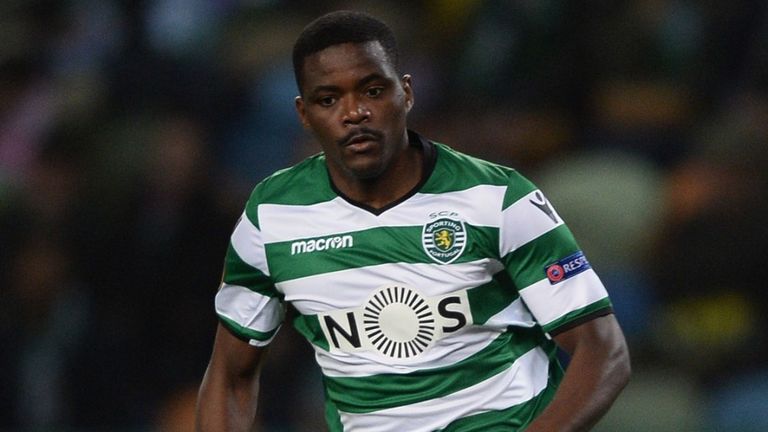 There is nothing too spectacular about William Carvalho upping sticks from Sporting and setting his sights on LaLiga. Geographically, it isn’t a huge upheaval and the question of a language barrier is radically softened – it all makes sense. After proving what he can do in his native top flight, a step forward was required to coax a promising career away from its infancy.

The Portugal international midfielder has been readily linked with many big clubs around Europe over recent years, but the big fees touted and speculation came to nothing. After a month of rumours this summer, and following a crisis situation at his parent club Sporting, William Carvalho put pen to paper on a five-year deal at Real Betis, a statement signing after a statement season.

The prefix Real may have been expected, but if you had to choose the Spanish club who had managed to land one of the more desirable young central midfield talents on the market, Betis would have likely not been at the top of the list.

Testament to the fantastic work done by Quique Setien and sporting director Lorenzo Serra Ferrer, the Seville-based club are slowly getting onto the same sporting level as their city rivals Sevilla. Betis have always had a strong fanbase, and their revamped stadium is likely to sell over 50,000 season tickets once again heading into the 2018/19 campaign, but actions on the field and in the sporting strategy of the club didn’t match what was going on in the stands.

A change in playing style and an injection of investment has worked wonders. Quique Setien has guided Betis from being a mismanaged, directionless slumbering giant to a tidy, entertaining and aesthetically pleasing outfit to watch. From fumbling through the dark in appointing contrasting coaches in Gus Poyet and Victor Sanchez del Amo in recent seasons, they have trusted in a vision, a list of principles that Setien has ensured will extend to success. All the board have to hand him is time, patience and the best players that they can sustainably afford.

An up-front payment of just 16 million euros (plus four million in add-ons) was enough to secure 75% of William’s rights. In the past, signing the Portuguese midfielder ran parallel with the likelihood of a club like Betis breaking the bank to secure his signature, but the situation at Sporting has allowed for clever moves to be made instead.

After the departure of Fabián to Napoli, replacing the young Spaniard’s role in the team will be difficult. William Carvalho is not the answer to that particular question, with the 26-year-old set to anchor the middle of midfield with Javi Garcia presumably to offer his services as a rotation option for the coming campaign.

What the Portuguese’s purchase does allow, however, is for Andres Guardado to be able to play a freer and more energetic role in the middle of the park, able to collect possession deep or wide and also press on in Fabián’s absence. Betis will be heading into three different competitions during the 2018/19 season, and some quality additions in key positions were required to bolster an already talented and harmonious dressing room.

One criticism of William Carvalho has been levelled at his physical profile, with the ex-Sporting midfielder not moving with impressive pace either on or off the ball. With the Portugal international set to help Betis play out from the back, however, to take some of the pressure off Marc Bartra’s shoulders in that regard, this negative point not set to be a sore topic. Rather than offering an all-action presence to shield the back three, William will knit play together and think ahead to snuff out opposition breaks.

Away from what William Carvalho offers on the pitch, he is a marquee signing that will only further persuade big players to take a risk on Real Betis. Marc Bartra joined their ranks back in January, helping to strengthen their push for Europe and also get plenty of first-team minutes under his belt, and such a name holds weight. Betis are collecting reputable stars, household names who can only enhance the club’s reputation and ensure that the momentum from last season is maintained.

Betis are aiming for progress in Europe and will be rolling out some big guns upon their return to the continent’s second-biggest competition.