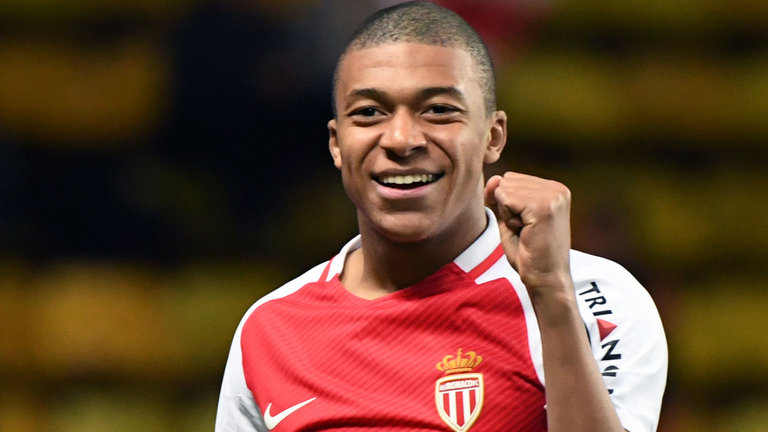 The last few weeks have seen the likes of Liverpool, Manchester City, Manchester United, Chelsea and Paris Saint-Germain linked with French prodigy Kylian Mbappe. However, it’s expected that the youngster will either stay as AS Monaco for another season, or move to the biggest club in the world: Real Madrid.

While a move to Los Blancos at such a tender age is a dangerous move, it’s been mooted for a little while now that Mbappe fancies wearing the white of Madrid. Having exploded onto the scene in the last 18 months, Mbappe has already been capped for his country, has scored consistently in Europe, and won a league title.

Not many players at 18 can say that. So, he might just be the kind of character that Madrid were hoping for. His incredible talent, outstanding close control and ability to work with teammates despite his tender age points to a young player with a massive future ahead of himself. With the help of his bombastic Monaco teammates, though, and the pressure to develop over the last 18 months, Mbappe has been able to grow outside of the spotlight (relatively).

A move to Madrid can put that in a lot of jeopardy, especially for someone so young with such a huge amount of growing to be done. A move to such a big club at such a young age could be a potential problem, leaving the youngster without the game time that he needs to keep developing. While his strength, speed, close control and football brain are outstanding for his age, another year at Monaco could be better for all parties.

Now, he’ll be a marked man: defences will have a better idea of how to negate him. Therefore, it’s going to be imperative that Mbappe can show that he is more than just a player for a single season. Now, it’s up to him to show the world that there is more to come. Can he keep improving at a club where people are discarded very quickly? It would be a risky move.

However, a big money move to one of the most illustrious teams in the world is a hard one to turn down. All the signs are there, though: Madrid want to beat the rest of Europe to signing the player who might be the next prodigy.