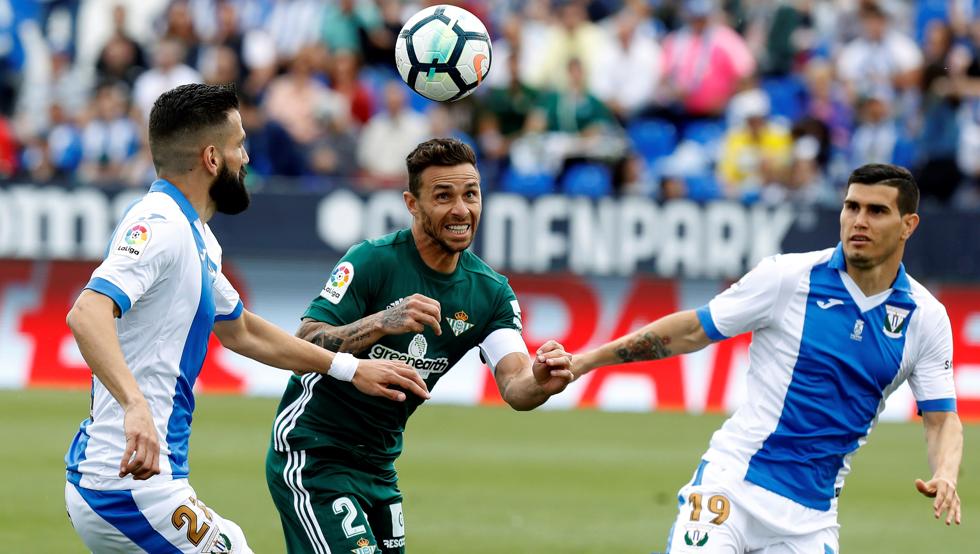 With the season over for both sides, this is a time to celebrate. Despite losing three on the trot, Leganes are safe in 17th this team with no chance of being caught. Betis, too, are unable to be caught by rivals Sevilla and thus secure UEFA Europa League football for next year.

The home side will be without Unai Bustinza for the last game of the season, with the centre half missing out due to suspension. Alexander Syzmanowski is out, too, and Martin Mantovani is not expected to make it in the end.

This could be his last game, too, which would be a shame. He is the closest of the three to fitness, and may make the bench to get a chance to say goodbye to the club. Joseba Zaldua will probably play, as will Nordin Amrabat, who has been linked with an exit.

Meanwhile, Betis are just finishing the season at the right time. Injuries are piling up, with the likes of Dani Gimenez and Antonio Adan likely to be unable to start. Ryad Boudebouz will miss out, too, as weill Andres Guardado and Junior Firpo. The loss of Zouhair Feddal is a blow, too, leaving the Verdiblanco with a bit of a skeleton squad to pick from.

They will, though, attach. Loren is expected to start up-front, with Tonny Sanabria likely to sit on the bench. Sergio Leon may miss out, too, with Joaquin expected to then move a bit deeper to accommodate a change in style.

Betis to win. Leganes are just happy to be staying up, which is a miracle given their squad and budget. Betis are here to party, having enjoyed a wonderful season. If they can build on this next season, they could really do something special.