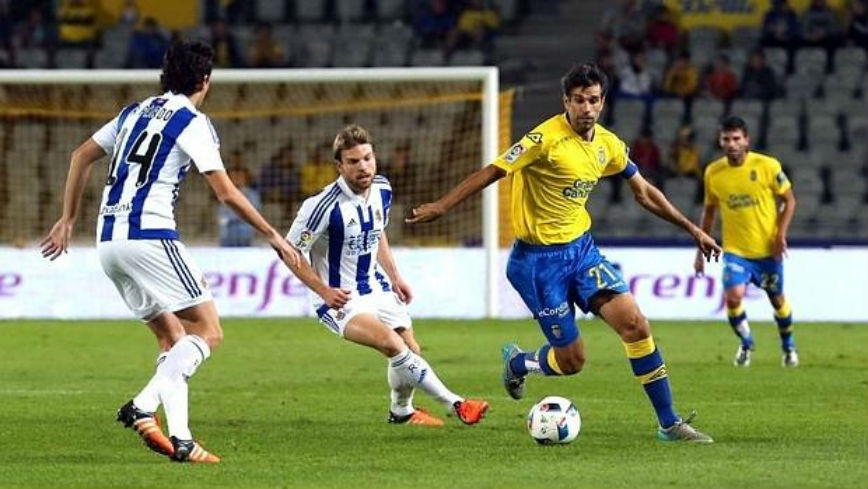 For two of the more exotic sides in La Liga, a clash between Las Palmas and Real Sociedad would often be an exciting affair. With Sociedad barely mattering at the top-end of the table and Las Palmas staring at relegation, though, this game takes more meaning for the home side.

Las Palmas have struggled immensely since the loss of star turn Jonathan Viera. The China-bound midfield left them without much to cheer about, relying upon the inconsistent trio of Alen Haliovic, Jonathan Calleri and Jairo to get them goals.

Arguably their main (and only) performer all-season has been Oghenekaro Etebo. The midfielder has been one of their few decent performers. If the home side are to get anything out of this game, they’ll need their front three and Etebo to link up better than they have recently.

For Sociedad, meanwhile, positive results are likely to come from a mixture of Willian Jose, Mikel Oyarzabal and Asier Illarramendi. Alongside January signing Hector Moreno, they’ve formed a major explanation for the positive results that Sociedad have been able to pick up.

Two wins out of six, though, leaves the away side knowing they need to find some fluency. In the rapid pace of Oyarzabal and the clinical nature of Jose, they should have plenty of confidence in undoing a Las Palmas side that look ripe for the taking most of the time.

We expect that if Las Palmas will get anything here, then Michael Macedo will need to have his game of the season. Against the ridiculous pace of Oyarzabal and the defensive laxness of Halilovic, the full-back will need to be at his best to keep the main attacking threat of Sociedad quiet. If he can, they might just have a chance.