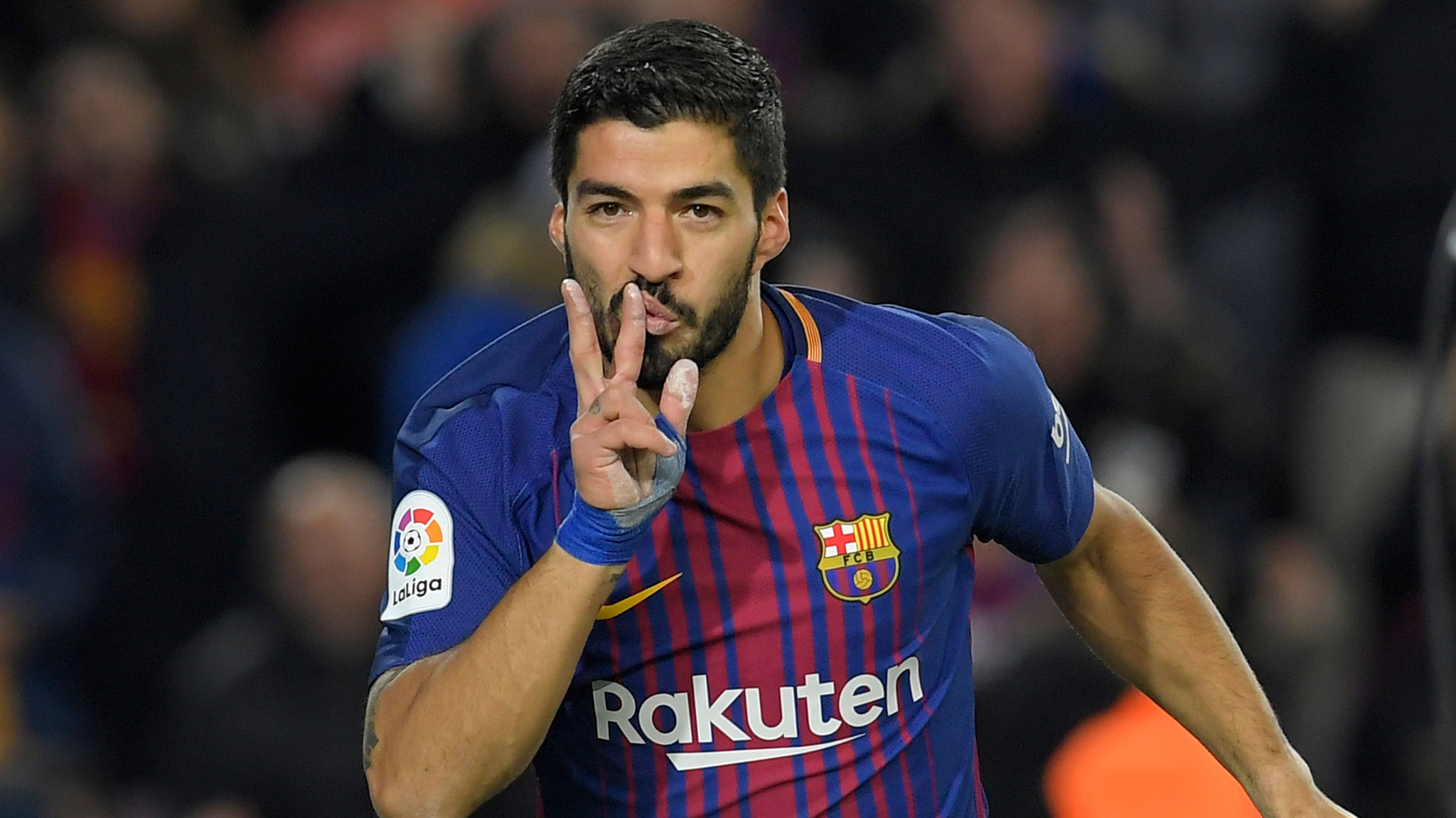 If Uruguay are emerging as World Cup dark horses, then a fair amount of the credit has to go to La Liga.

In all three lines of the team, key Uruguayans are making a living in the Spanish championship, developing as players and sharpening their skills.

The most obvious, of course, is Luis Suarez, one of the world’s great centre-forwards. And it is worth remembering where his career was at the time that he signed for Barcelona in July 2014. He had just been kicked out of the World Cup in Brazil for sinking his teeth into Giorgio Chiellini. It was second biting incident, and yet another scandal following the accusation of on-field racism against Patrick Evra.

There was talk at the time of Suarez being only more slip away from a suspension so long that it would threaten his future in the game. Had he stayed with Liverpool, it is clear that he would have been a daily target for the relentless local tabloid press.Barcelona offered him a refuge. The media spotlight is relentless there, too. But it tends to focus on the football. To borrow the famous phrase of Eric Cantona, there are fewer seagulls following the trawlers. In an atmosphere where there has been no gleeful expectation of indiscretion, Suarez has thrived. Barcelona now hand him over to the Uruguay national side, it would seem, in a state of mind where he is ready to shine in Russia.

And should there be problems, injuries or otherwise, to Suarez and his strike partner Edinson Cavani, then the replacements will come from La Liga. Cristihan Stuani and Maxi Gomez are at opposite ends of their career, but they are united in having enjoyed an excellent club campaign. Stuani, 32 in October and also able to operate as an attacking midfielder, had a splendid season with Girona on his return to Spanish football. And the broad-chested Maxi Gomez, 10 years younger, cut an extremely promising figure in his debut campaign with Celta Vigo. Gomez looks to be the long-term successor to the likes of Suarez and Cavani.

And if La Liga-based Uruguayans will be scoring the goals at one end, they will also be stopping them at the other. Much of the team’s confidence is based on a rugged defence unit, at the heart of which lies the Atletico Madrid centre-back partnership of Diego Godin and Jose Maria Gimenez.

Godin, now 32, is Uruguay’s inspirational leader. He can tackle like a tank trap and discourse like an academic. On a weekly basis he is an on-pitch embodiment of the determination of Atleti coach Diego Simeone. And Godin operates alongside, cajoles and teaches his trusty lieutenant Gimenez, who at the tender age of 23 is preparing for his second World Cup.

Uruguay threw Gimenez in at the deep end when he was a teenager. They had faith in him because they had seen what he could so at Under-20 level, where he was a star of the 2013 tournament.

The excellent work that Uruguay carry out at Under-20 level is crucial to their recent re-emergence, and proved fundamental to their qualification for Russia. A year ago the team were on the slide, and fears of missing out on a World Cup place looked justified. But then coach Oscar Washington Tabarez went bold, throwing in a new generation of midfielders, recent graduates from the Under-20 ranks.

The first one in was Federico Valverde of Real Madrid, who spent last season on loan as Deportivo La Coruna. He made an immediate impact, scoring the winning goal in the vital win away to Paraguay. Valverde has spent much of this year with injury problems, and his place in the World Cup squad was in doubt. But he is currently training with the Uruguay squad, ready to bring the virtues of his all-round midfield game to the national team, and reinforce the importance of La Liga to the sky blue’s World Cup challenge.