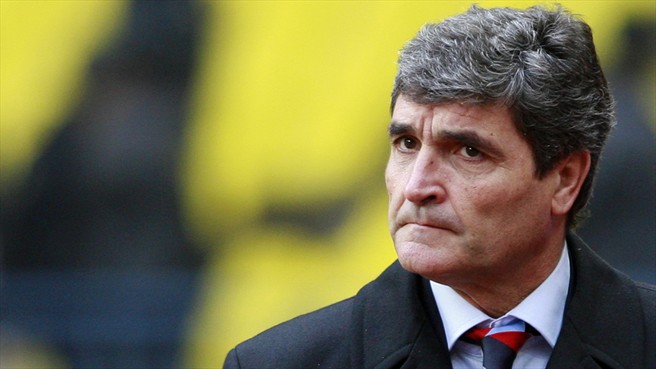 While fans who are based around Premier League footage will likely known him as ‘the Spurs failure’ Juande Ramos has been a manager of some repute for many years. His spell at Sevilla was deeply impressive, as was his time at Dnipro in Ukraine.

However, the Spaniard had returned to one of his former clubs, Malaga, at the start of the 16/17 season. He has since left the club, despite doing pretty well, with his main reason for leaving being the excessive tension around the club recently.

Always a club for the spotlight, Malaga have been an up-and-down side for several seasons. Yet more managerial upheaval is unlikely to see that change anytime soon, with the Andalusian side now searching for yet another coach.

Indeed, Malaga had just suffered a shock Copa del Rey exit to second division side Cordoba. Surprisingly, though, the vitriol became quite intense after the exit – much to his surprise. It seems that this was the straw that broke the camel’s back.

“Football is susceptible to change and in adverse situations we managers are often the ones who are wronged,” he said.

“In this specific case, I have decided to remove myself from a situation that was uncomfortable and unsatisfying.”

At the moment, it looks like the assistant manager, Marcelo Romero, will be in touch for the time being. The club, like all other Spanish sides, are currently in the middle of a small break. This will be the perfect time for Malaga to look for a new coach.

The club were winless in his last five games, and sat 11th place in the league table. The new manager, whoever that may be, is going to be making his debut in charge of the club at Celta Vigo in early January.

This is a good club, and one that many managers would relish the chance to manage. However, the upheaval and constant uncertainty on and off the pitch leaves Malaga as a club that is unlikely to progress with any real consistency, until the project can be clearly defined by all involved.

Best of luck to Juande Ramos, a successful coach who has been through more bad than good following his iconic Sevilla side.