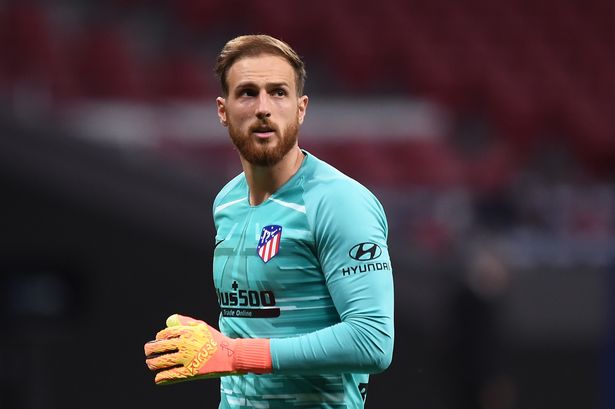 Having watched Kepa Arrizabalaga suffer for much of his time in London, there has been considerable talk of an exit. Expected to fill the boots of Thibaut Courtois, the Spaniard has been erratic and at times unsuitable to the English game. He’s looked weak and often looks out of his depth, unsuited to his teammates or his club. That’s why an exit for Kepa has become a major talking point – and his replacement could come from his future club.

One move being reported is that Chelsea will make a move for Jan Oblak, and use Kepa plus cash as a means of luring the Slovenian to England. Having been a key part of the Atletico backline for years, a change of scenery could make sense for a goalkeeper who has been outstanding for much of his time in Portugal and then Spain.

When asked about links to the 27-year-old to England, Atletico coach Diego Simeone was nonplussed, saying: “I am not very surprised because every year at the end of the season all our most important players are under the radar of the most important teams of the world.

“I think it is normal they are always looking for the best players as we have many in our team.

“In previous seasons, some players left the club and others remained, but I think it is logical a player like Oblak is wanted by many teams.

“He is our captain and a very important player in the last few years. I hope he can continue with us because he is very important for Atletico Madrid.”

For now, it’s expected that Atletico would stand firm and try to block any move. However, as has been shown in the past, enough forcing from Oblak could see the move happen sooner rather than later if he so desires.