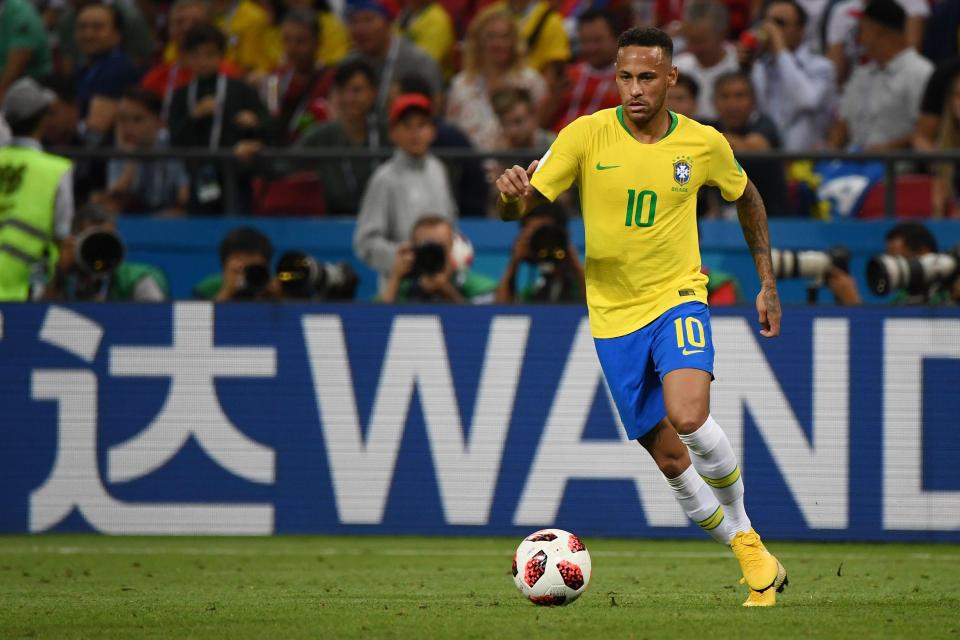 Is Neymar on his way from PSG to Real Madrid? Either way, he must improve

Might the wheels be in motion to take Neymar to Real Madrid? If so, the Brazilian star would have a mighty challenge in front of him. Can he really fill the boots of Cristiano Ronaldo? But even if Neymar stays put at Paris Saint-Germain, he will have to up his game.

The World Cup is like time speeded up. Planets can turn in the course of the month. Back in the middle of June, Neymar was the heir in waiting to the throne of Messi and Cristiano Ronaldo, the boy prince who, at the age of 26, was ready to be crowned king. His PSG team-mate Kylian Mbappe, meanwhile, was the new teenage hope, a potential global star who had it all to prove at the highest level.

Fast forward four weeks and the pecking order looks a little different.  Mbappe goes into the World Cup final as one of the undoubted stars of the tournament, a striker with searing pace and acceleration also gifted with technique and imagination. He looks dazzlingly good, and, providing he can steer clear of injuries, on the way to being even better.

Meanwhile, Neymar exits Russia 2018 as a global figure of fun. His quality as a player is beyond question. But it is danger of being overshadowed by his diving and his apparent wish to transcend the game as a global superstar.

His future is uncertain, and he probably faces his biggest challenge to date. There will now be now hiding place for the Brazilian. Every time he takes the field, the world will be watching and waiting to condemn his antics. Like all great players before him he will be kicked and fouled. He will have to stand up to the coming physical and psychological onslaught.

At the age of 26, Neymar Junior is going to have to be an adult. And if he stays at PSG, he may have to cope with the idea that he is no longer the team’s main attraction, that he has lost pole position to Mbappe. Neymar, then, finds himself sandwiched between the memory of Ronaldo at Real Madrid and the future of Mbappe at PSG.

The time has clearly come for a comprehensive rethink of his career and its objectives.  The excessive emphasis on winning the Ballon D’Or should be jettisoned. It has led to a situation where his individual narrative has tended to overshadow that if his team. The focus now must surely be on the collective. He must submerge his identity into that of his team, both club and country, in such a way that any individual awards that come his way are a consequence rather than an objective.