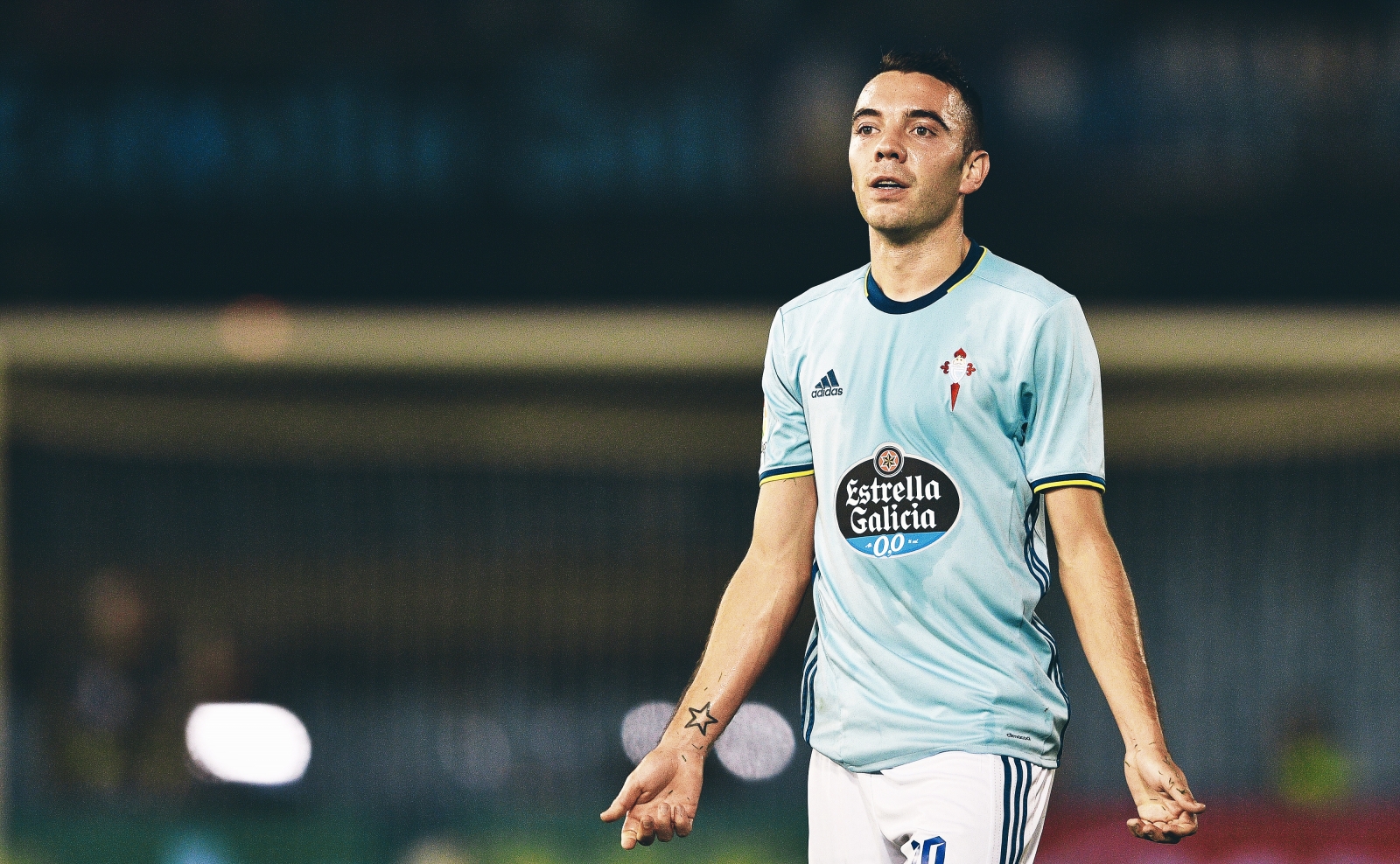 Julen Lopetegui was appointed Spain boss without much fuss or fanfare, modestly professing to pick his squads based on form. It was a chance to debunk the idea that preferential treatment would remain, after Vicente del Bosque was criticised at the tail end of his national-team reign for keeping too much faith in the same old faces.

At present, there is no Spanish striker putting in more consistently impressive performances than Celta Vigo forward Iago Aspas. His disappointing spell at Liverpool in the Premier League has long clouded judgement from abroad, withholding the chance for his talents to receive the global acclaim they deserve, but when he thundered an effort into the back of the net at Wembley while turning out for La Roja in November 2016, it was a sign to sit up and pay attention.

Before then, Aspas had long been influential for La Celeste and was instrumental as Eduardo Berizzo’s side put together an unlikely Europa League run with a small squad. In La Liga this campaign, Aspas has already netted 14 goals in 20 appearances, with the Galician forward having been directly involved in 17 of his side’s last 24 goals. In tandem with Maxi Gomez, the Spaniard is at his peak, with the timing almost perfect as the calendar flipped onto 2018.

Last campaign, Aspas netted 25 times in 32 appearances, and 2015/16 brought with it a goalscoring record of 31 strikes in 35 outings. There is nothing to doubt, nothing to debate. Aspas should find himself with a first-class ticket booked to Russia with no further questions asked. Two goals against Real Betis on Monday night ensured Celta picked up another three points, but the 30-year-old offers so much more than cutting edge.

Aggressive when off the ball, Aspas helped to lead the press against Betis, with Celta then playing very quickly and vertically when possession turned over. When they were on the charge, Pione Sisto or Aspas would be fed the ball at pace and asked to drive, harry and stretch the opposition back four. The ex-Sevilla forward favours his left foot and invites defenders to commit themselves, teasing them to make a movement towards the ball and then sweeps it briskly to the safety of his other boot.

There is not a striker in La Roja’s plans who boasts the same pausa as him, no wily character who can deceive opponents by promising them possession and then stealing it away with a swift change of pace and a frustratingly low centre of gravity for defenders to deal with. Alvaro Morata is a hard-working targetman, while Diego Costa is a talismanic fighter to help lead the line. While creative midfielders are in abundance, Aspas is a more direct threat, with his role at Celta proving that he can roam and threaten when cutting in from wide.

Similarly, he can link up neatly with Maxi Gomez when allowed to attack the box from deep, bouncing the ball off his teammates before hitting top speed to finish in or around the penalty area. In terms of involving himself in interplay, Aspas has an excellent first touch and the constant awareness to deflect flicked passes into dangerous areas, with his role finding itself somewhere between inside forward, No.10 or secondary striker. There is no set description, for so much of his play feels instinctive, acting off the spaces that will open up around a physical presence such as Gomez.

Lopetegui is blessed with creative No.10s, but Aspas is versatile. He can dig in and work hard, but also possesses a knack for unlocking doors that are difficult to pry open. This season, Aspas has set the tone when leading from the front for Celta, but the class and technical ability he offers in possession is on the way to being unrivalled in the Spanish top flight. Outside of the clubs that expect to punch in for Champions League football each season, the 30-year-old forward is one of the very best of the rest.

With several seasons still left in the tank, the Moaña-born striker is already a club legend. His cult icon status only swelled further after two goals in the most recent instalment of the Galician derby. His celebrations saw him spread both arms wide, basking in the adoration of his own supporters. He is an entertainer, a performer, and he deserves to take his place on one of the biggest stages of them all.

In the past, moves away from Galicia haven’t ended happily for Aspas, but in his own Vigo bubble he is the star man. There are plenty of talents and egos to brush shoulders with in terms of the Spanish national team, but his numbers and reputation tell no lies. Lopetegui promised that form players will get a place in his plans – all that remains is for Aspas to take the next step having already conquered his own region of birth.