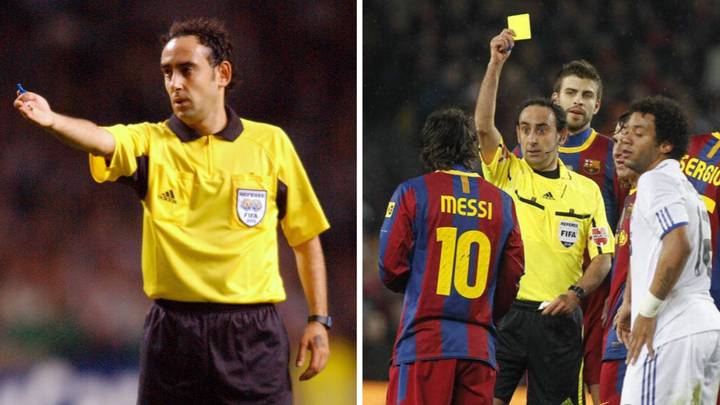 For years, the landscape of Spanish football has been both explosive and aesthetic. The game on the pitch is both a beautiful medley of passing and technical play and a breeding ground for play that often goes beyond what one would deem fair. However, few would have expected the landscape to be as outrageous as is being claimed by one former La Liga referee.

Iturralde Gonzalez, 53, is a retired referee and took part in nearly 300 La Liga games, so he must know a fair bit about the sport. However, in a recent interview, he claimed that some 90% of referees are in favour of Real Madrid. He then made more outrageous claims, saying: “Whether Barcelona likes it or not, 70% of the population – excluding Catalonia – is Madrid’s.”

Speaking to Spanish outlet MARA, he’s made similarly incendiary remarks in the past. Previously, he’s claimed that most people in Spain support either one of the big two, claiming that “In the rest of Spain the majority are from Real Madrid or Barcelona because they are the winning teams, and it is so.”

The referee, who hails from Bilbao, says that his area is one of the few parts of Spain that isn’t so dominated by the duopoly. However, for the claims to have been made about referees seems pretty excessive. While big team bias must exist somewhere in the world, it’s hard to imagine that just 1 in 10 Spanish referees aren’t bias!