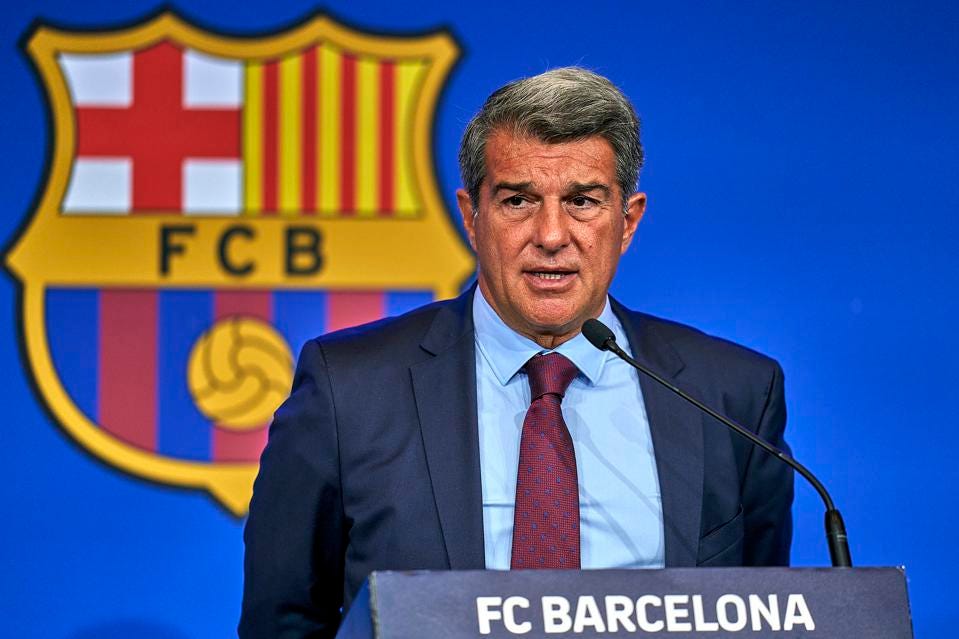 If, as a football fan, you watched the summer window of 2022 with confusion then you were not alone. Here was FC Barcelona, one of the biggest clubs in the world, making signings they patently could not afford. The salary cap rules in the Spanish top flight, paired with the clubs disastrous financial results, meant that spending was not on the cards. Then, the term was used that everyone now laughs at: economic levers.

These levers essentially amounted to selling off future income and revenue for a short-term fix now. And Barca promptly spent that money on veteran signings, believing that it would lead to trophy success and thus revenue in the form of prize money. Although they sit top of La Liga, they were turfed out of the UEFA Champions League with ease and now look set to miss out on the money that the UCL offers.

So much so that any future investments in the playing staff will have to wait. According to Joan Laporta, the club president, the club will be unable to use any of its money. La Liga rules mean that you are only allowed to spend a quarter of what you save if you are ‘in the red’ financially, so Barcelona cannot continue their splurge.

Speaking to Spanish outlet EFE, Laporta made clear that any future signings will need to wait until the summer of 2023 at the earliest.

What did Joan Laporta say about signings for Barcelona?

Laporta tried to explain what the plan was in the summer to try and rebuild the club. On that front, he said: “We had to use some levers, which were economic operations that saved the club from ruin, and now the club is in economic recovery, it is now healthy with an expected income of €1.225b, a profit also budgeted for 274 million,

However, the Catalan’s president was clear that the club was in a position to start making signings. He concluded that: “Despite that, according to the rules of the financial ‘fair play’ of the Spanish league, we cannot sign.”

As ever, though, Barca are keen to find ways around rules as opposed to simply follow the regulations set out by the league. On that front, Laporta noted that “we and some La Liga clubs are also trying to convince LaLiga to be more flexible and allow us other types of interpretations that can make Barcelona strengthen itself even more.”

The other clubs he mentions might include other institutions in a financial challenge. Clubs like Real Betis, Atletico Madrid, and Valencia are all going to have to make big concessions about what they can and cannot spend. These three clubs, alongside Barca, are keen to see the rules change.

Given how much La Liga has focused on financial transformation, though, it is unlikely that the league will acquiesce. La Liga has been surprisingly strong in the face of revolt from their biggest clubs, and this does not look likely to change here.