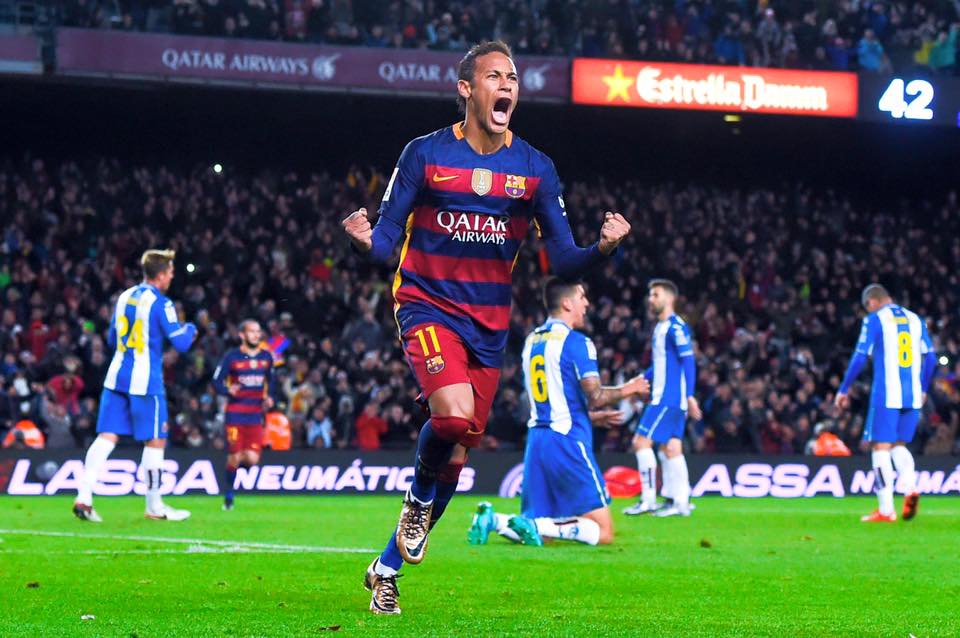 One of the most one-sided derbies in Spanish history is taking place this weekend. As Espanyol welcome Barcelona to their stadium, they know that a win could derail their eternal rivals season. Espanyol are a club with decent history themselves, but who have long lived in the shadows of their more illustrious neighbours. With both Madrid and Barcelona needing perfect finishes to the season to guarantee the league title, though, a home win would be catastrophic for Barca.

However, add in the fact that Barca don’t travel well and that Espanyol are pretty good at home, and you have all the makings for a potentially explosive match. Barcelona have not lost many recently, with just four league losses in 2017 so far, so they should arrive at their rivals in rather fine form. The home side are likely to be without important players, too, including Alvaro Vasque and Oscar Duarte.

Barcelona will arrive without long-term absentees Aleix Vidal and Rafinha missing. Jeremy Mathieu is likely to miss out, also, despite that being a bit of a blessing in many ways after a glut of poor performances from the Frenchman. With the return of Neymar, though, it’s likely that Barcelona can get back to their usual scoring streak from across the season as a whole.

Jordi Alba, who has been linked with an exit from the club this summer, is likely to come back into the side alongside Luis Suarez and Andres Iniesta. The home side should probably see a rather simple line-up, similar to the usual Quique-Sanchez Flores line-up. Victor Sanchez and Javi Fuego will likely continue to enforce in the middle of the park, with Leo Baptistao and Gerard Moreno leading the line up top.

With 4 clean-sheets in a row at Espanyol, though, Barcelona fans should have very little to fear from a fixture that they tend to win. Espanyol tend to make the home “leg” of the derby rather dull, but it usually only sees an away win most of the time – Barcelona are undefeated in their last 12 at Espanyol across all competitions. That makes it hard to make any kind of genuine case for an away win, in all honesty.

With 10 goals in their last 2, Barcelona can arrive her in full form and knowing that they have the means to both outscore their opponents and simultaneously keep them out at the other end. That’s a winning combination, in any mind-set.