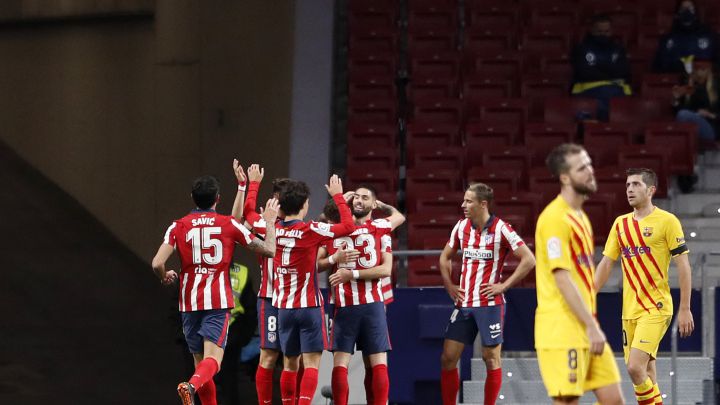 Every year, La Liga tends to be spoken about in a variety of brackets. At the bottom, you often have anything from three to six teams who are seen as genuine relegation candidates. Above them, you have a pack of maybe four to five teams that might simply survive and exist without really doing anything. The teams above are either competing for the UEFA Europa League or UEFA Champions League spots. Only two of them, though, because the top two positions? They belong to Real Madrid and FC Barcelona.

Every now and then, though, someone will come along and upset the order of things. In 2013-14, it was Atletico Madrid. Under the tutelage of Diego Simeone, Los Colchoneros went all the way to win the title. Now, nearly seven years on, can Cholo make it happen again?

It certainly feels like it. If you are looking for a free football betting tip, it might be to put some money on Atleti to go all the way. Forget their troubles in the UEFA Champions League; this Atletico side have the grit and the quality in attacking areas to go all the way.

But aren’t Atletico defensive and boring to watch?

Most seasons in recent memory have started with the same theme; Simeone will look to change the team to become more aggressive; they will concede a lot of goals and eventually lose belief going forward; Simeone reverts to a more defensive style come January.

This year, though? The blend has been perfect. The arrival of the perfect Simeone forward in Luis Suarez has given the team, and jewel in the crown Joao Felix, the impetus they need to bomb forward, attack, and get things done. Put simply, Atletico are the highest scorers in the league out of the big three teams, and have already put Barcelona to the sword.

It was the first league win against Barca in the nine-year reign of Simeone. He has never won against them at home or in Catalunya once in the whole time he has been manager. That has changed, though. And all without Suarez, too.

So, can they go all the way?

Why not? They have the best midfield in the entire country – and that is some claim given the midfielders who occupy La Liga midfields.

Simeone has built a team that has moved on from the old axis; while the likes of Diego Costa remain (barely), the likes of Diego Godin and Gabi have moved on. While he might not have shown it in England with Arsenal, the arrival of Lucas Torreira has turned Atletico into a team that can tango with just about anyone. They are abrasive, they are combative, and they are feisty once again.

This year, though, they also keep the ball better than most and can attack with the kind of zeal we often associate with Liverpool or FC Bayern. They might not be the most high profile title favourite in the world, but make no mistake; this is an Atletico side built to entertain and to win.