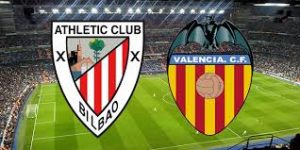 As two of the perennial forces of Spanish football, Athletic Bilbao and Valencia are major players – or at least, they should be. Bilbao at the moment feel a far safer prospect than the basketcase Los Che, who look nothing like the giants they are at the moment.

Bilbao go into this game with patchy form but a squad that can very easily be improved upon with time. Coach Ernesto Valverde is one of the most respected in Spanish football, and with good reason. It’s someone like Valverde, actually, who the opposition could be using at this moment in time.

Athletic have not started well in terms of results, but performances have in the main been OK. The opposite could be said, though, of Valencia.

Valencia opened the season with three embarrassing results. A 4-2 reverse at home against Las Palmas set the tone for a season that actually, unthinkably, could end in relegation. The club then followed up this poor home game with a harsh 1-0 loss away at Eibar. Although dominant against the opposition, Eibar managed to sneak the 1-0 and leave Los Che licking their wounds for a second week in a row.

An international break and time to recover, with new signings like Ezequiel Garay and Eliaquim Mangala the chance to settle in, was the perfect opportunity to get it together. So, the fans would have done nothing but despair when they lost at home to Real Betis. Given that all three teams would likely finish towards the relegation zones rather than the upper half of the league, alarm bells are almost certainly ringing.

This game, then, should be a huge test already for Valencia. Lose, and the sale of Paco Alcacer and others is going to begin to look terrifying. What started as a bright summer soon turned into another Jorge Mendes sponsored nightmare.

Valencia are, for all intents and purposes, the third biggest club in Spain, so to see them in such a catatonic state is genuinely saddening.

We can’t see this game being anything other than a massive win for Bilbao – maybe not in score, but in performance. There is a good selection of quality in the Valencia squad but the club atmosphere and the utter disconnect between team, fans and board is going to make winning any match feel like an impossibility.

In such horrible circumstances then, the last thing people want is a trip to the new San Mames. Valencia are heading into the lion’s den and we expect them to be nothing but dinner for the Basque giants.

To see such a wonderful team from our adolescence ruined and the plaything of a man like Peter Lim is a desperate thing. This coming weekend isn’t like to change that, either, as we can see nothing but an impending and rather disparaging defeat for Los Che on the horizon.

We only hope that the club can get itself back together soon – although the worst may come first before that is genuinely possible.