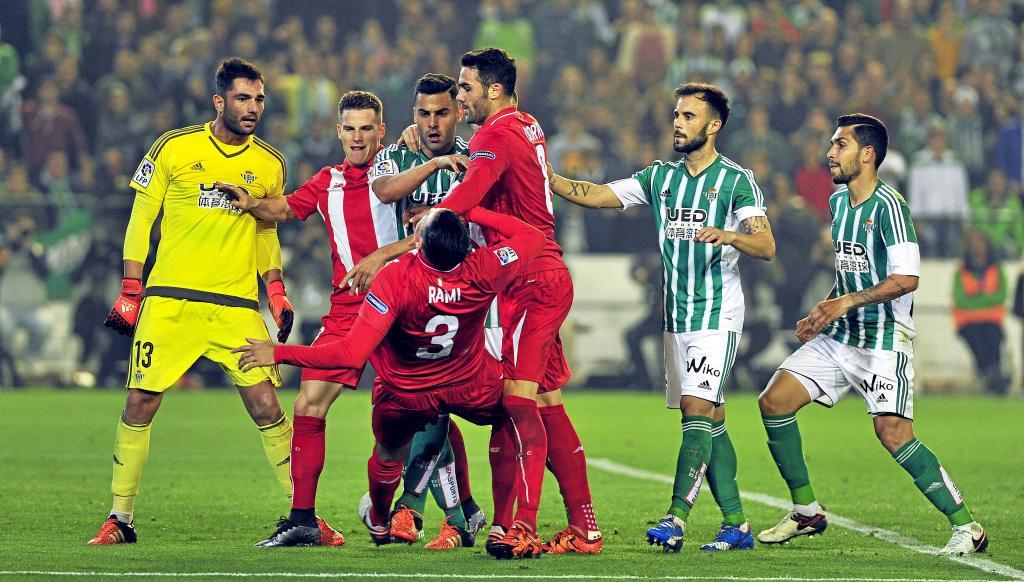 Whenever this game comes around, football fans around the world should tune in. As one of the most passionate derbies on the planet, many consider Real Betis v Sevilla to be the derby in the Spanish football circle. Ahead of the Classico for some, this is the kind of derby that provides rampant atmospheres and insane incidents. However, for this one, we expect that – on the pitch – it should be pretty straightforward.

Sevilla head to Real Betis knowing that a win is going to keep them on the coat tails of the title challengers. With 49 points so far, Sevilla have the means to really get the boot into their struggling neighbours. Languishing in 15th spot with just 24 points, Betis are not a very good side to watch. Remove Antonio Adan from the goals, and it’s hard to see who would be the next best performer for the team – Petros, perhaps?

The away side have no such worries. The likes of Jovetic, Vazquez, N’Zonzi, Vitolo, Nasri and Escudero have all have excellent seasons. The missing Lenglet and Pareja is a bit of a kick in the teeth to the back line, but it’s not the end of the world. Top scorer Ben Yedder should continue up top, alongside Jovetic, with Vietto and Sarabia likely to come into the side if they need more direction and impetus.

Betis are rocked by the fact that two of their best players, Joaquin and Dani Ceballos, are both out. They are two of the key performers and without them Betis are an infinitely weaker side. We expect that this loss alone should be enough to see the away side over the line. With the home side missing such key parts of the team, it’s not likely to be a major problem issue for Sevilla to overcome their lacklustre replacements.

Betis are hardly making the Vilamarin a fortress either; they have not won any game in five. Indeed, they know that a derby loss could see manager Victor Sanchez out of time, and most likely the club out of time for stability as well. While they are unbeaten at home in seven league matches, they have drawn three of the games and scored a mere one goal in that time, in a draw against Barcelona.

They tend to rise up a little for the big games, but Sevilla have won four out of five away games and tend to show up for the big matches. If we had to cast a winner, we’d be going for Sevilla. However, they tend to love a bit of a madhouse game, so seeing a lot of goals in this one would not be a surprise.