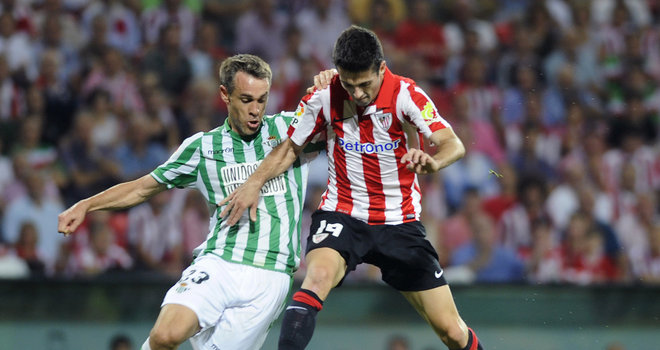 This is a very interesting match, and one that should pose a lot of interesting questions for the weeks to come. Athletic Bilbao have found their verve once again, and sit in 5th place in the league with. Betis are down in 14th, meanwhile, and are looking to consolidate themselves as much as they can after a turbulent beginning to their campaign. Bilbao are definitely the more capable team coming into this, and they’ll be sure to land a few blow on Betis before the night is done.

Currently, Bilbao are a more proactive side who get on the front foot and attack, using their power to push the opposition back. However, Betis are a good counter-attacking side and they could do a bit of damage if they can lure Bilbao out to attack. Betis have lost just one of their las tfour games since Victor Sanchez took over from Gus Poyet, meaning that they arrive at home with a confident record in their new coach. Bilbao, mind, have not won for four away games and could probably see it as their Achilles heel. They have, though, scored in three of those four games and this should give them belief.

Betis are low scorers, and are likely to suffer from not having enough firepower at times this season. They can score but they can’t get into running battles, as they don’t have the quality of forward to make it work. Ruben Castro is a fine forward, but he cannot do it every week. It’s likely that Antonio Sanabria, though, will make a return to the starting line-up to partner the Spaniard. Sanabria is a hot prospect and no doubt has the skills needed to make a difference, having started to come into some good form recently.

For Bilbao, the likelihood is that both Aritz Aduriz and Raul Garcia – two major players and important veterans of the side – will return from their suspensions to lead the attack. We can also expect to see Markel Sausaeta get a shot on the left, with Iker Muniain dropping out due to lack of form.

An interesting side-story here is that some of the best Bilbao players, such as Benat and Aymeric Laporte, are close to suspension. If Bilbao push it too much they could miss out against Celta Vigo at the next matchday. That lack of aggression could come back to be a problem, and is likely to play a determining role in how Bilbao do this weekend. If they don’t’ worry about these kind of things, they should be OK.

However, if the likelihood that they don’t give it 100% rings true, we could see Betis taking advantage of that. We’ll go for 1-1, just to be safe!