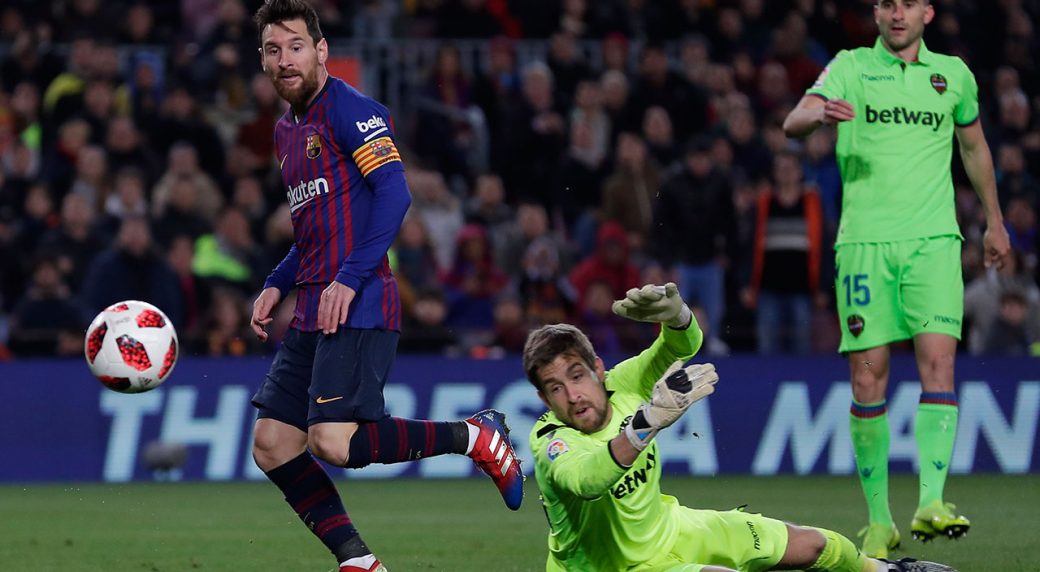 After Barcelona put Levante to the sword in their Copa del Rey match, much of the talk was about the on the field performance. After the game, though, it turned out that Barcelona might have in fact fielded a player who was ineligible to play. This happened for the first leg of the clash and, despite the time for appeals having since passed, the president of Levante, Quico Catalan, intends to push forward with a complaint.

The complaint will be taken to the main Spanish footballing body, the RFEF. When asked about it, Catalan confirmed they would appeal, saying to Marca: “It’s not an easy situation, as sports people like us, we prefer to win situations like this on the pitch,” he said.

”Whatever happens on the pitch, Levante are going to pass the situation on to the Federation tomorrow.”

In any event, the game ended 3-0 to Barcelona, with goals from Ousmane Dembele and Lionel Messi bringing the tie to an end. The team from Valencia had won 2-1 in the first leg, but it looks like the Valencian outfit might push for a change in the result.

Tonight, though, the win for Barcelona came from the continued genius of Messi – and the repeated return to form of Dembele. At the moment, though, there is some genuine controversy around the conclusion of the complaint: some believe it’ll be ignored, others presume it’ll go further. It’s set to be a very interesting few days, though, no matter what decision comes out. Whoever misses out, though, will feel like they’ve been let down by the authorities.