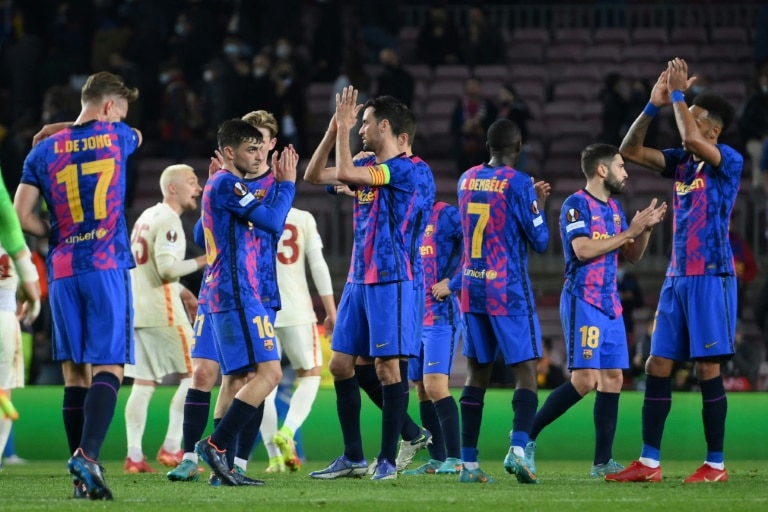 When FC Barcelona dropped into the UEFA Europa League, the silver lining was they would be outright favourites. At the time, the Catalans looked highly unlikely to make the UEFA Champions League by way of league position. The chance to win a prestigious trophy and to restore some honour to the clubs name, as well as to qualify for the next years Champions League, was seen as a big carrot to help drive the team on.

However, after thrashing Napoli in the previous round, Barcelona came unstuck at home against Galatasaray. Coached by former Barcelona coach Domenec Torrent, the Turkish giants put up a fearsome display that Barca coach Xavi admitted made it hard for his team to perform. Speaking after the game, Xavi praised Galatasaray whilst noting his own teams poor show, saying: “We have lacked attacking better and being less dense in the final pass, in the middle. Galatasaray has been phenomenal, they haven’t let us finish.

“It’s a shame because we have generated, less than other games but as a minimum to win a game. I have already said that this is Europe and people are here by their own merits. It’s a difficult competition, complicated and we have to continue working with humility.”

For Barca, it is a poor result and leaves them scrambling ahead of a tie in Turkey. The squad has often been accused of being jittery under pressure, and playing in a raucous atmosphere in Istanbul will surely test their mettle. With Gala facing the prospect of fighting relegation domestically, too, this competition offers respite from what has been an immensely challenging time for the club.

Torrent delighted with work and effort of team

Taking over a giant like Galatasaray is a huge task for any coach. Taking them over during a period of immense turmoil on and off the pitch, though, makes the risk even greater. Those who find success with Turkish teams, though, are often proclaimed as heroes – if Torrent can knock out Barcelona, he will already have one foot in the door with regards to hero status.

The coach comes from Catalan stock, though, and spent a number of years coaching in the region. When he was asked about his views on the game, Torrent made sure that he spoke in the local dialect. Before answering, he noted: “I am going to answer you in Catalan because it’s my language and they will translate for you.”

For Barcelona, this is a shock result and one that puts them back the way in terms of their upward mobility. Though they now sit in third place, they are just a point clear of 5th and cannot expect to qualify for the Champions League. Instead, it must be earned. Winning the Europa League would be seen as one way to do so, but for Xavi the poor first leg result means that he could find himself in troubled waters if they exit the competition next week in Turkey.