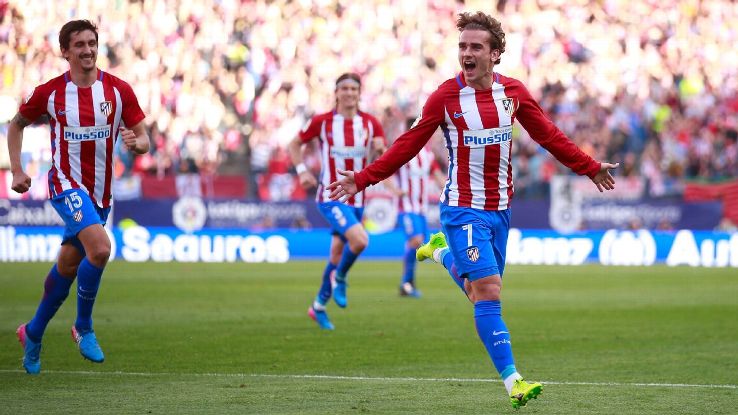 This weekend, two of the most exciting sides in Spanish football come up against each other in what should be a very interesting and engaging battle of wit, skill and class. It’s also an important game for determining the eventual Champions League teams from Spain. For example, Sevilla were looking at the title a few weeks ago. Now, they are out of the Champions League and fighting to maintain a long-term gap on Madrid. With the home side needing to make up a five-point gap on the visitors, this should be a major game for determining the eventual placement of the Spanish clubs for next season.

One game never tells the whole story, but a loss here for Diego Simeone and Atletico would likely mean settling for 4th, presuming they can hold off the likes of Athletic Bilbao. For this reason, it’s going to be vital that Atletico can get back to their miserable best and produce a performance worth talking about. A clean sheet would be a start, but they are up against a Sevilla side that more or less only do goals. They are one of the most entertaining sides in the division, and will be looking to make up for their embarrassing Champions League exit to Leicester City of England.

The home side can likely call on the return of their captain and talisman Gabi to the side, with fellow canteros Koke or Saul making up his partner in the middle of the pitch. Likewise, Juanfran and Stefan Savic should come back in after sitting out the midweek tie given that it was more or less finished. Kevin Gameiro also missed out recent matches with a stomach complaint, and Fernando Torres could make a welcome return to the side after a serious head injury that had everyone concerned.

Sevilla, though, turn up with the likes of Vitolo, Joaquin Correa and Nico Pareja back in the side. Matias Kranvitter and Luciano Vietto will both sit this one out, though, as they cannot play against their parent side. However, the manager of the away side always finds a plan to make up for this, at least in terms of logic pre-match – it might not always turn out right on the day!

It’s likely we could see Samir Nasri head out wide, with Vicente Iborra expected to add a bit of rough and tumble to the middle of the park.

This match smells of a tough, tight and narrow home win – we expect that Atletico will come out the other side with a positive result. Sevilla look a little jaded and unable to live up to their early season billing, and that could come back to haunt them here. A tired and anaemic performance in midweek only further serves the idea that the Sevilla Express might be reaching its final stops. A loss here might put them in jeopardy of not even getting 3rd.