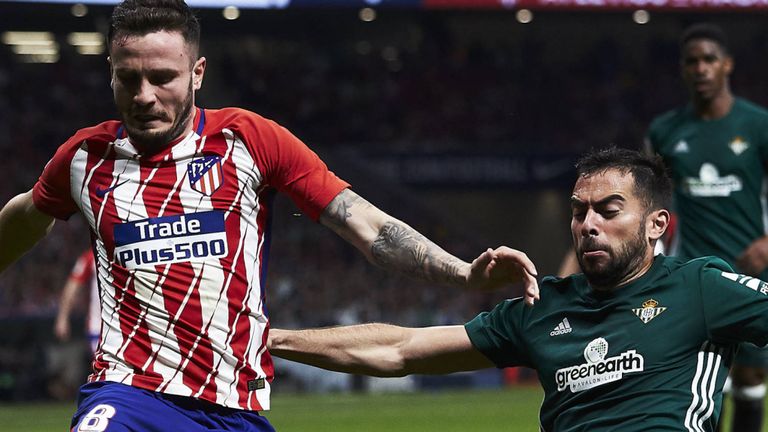 After a heavy 3-0 loss in midweek, Diego Simeone’ Atletico Madrid will want to make up for a poor result that killed any potential league challenge. They take on a flying Real Betis side who have their own ambitions to fulfil here.

For the home side, the loss of Diego Costa and Filipe Luis – veterans of their 2014 title win – is a major loss. The return of Lucas Hernandez is a positive, though, so at least they have some kind of genuine cover for Filipe. Meanwhile, Stefan Savic and Jose Gimenez will scrap for the chance to partner up alongside Diego Godin.

Saul and Gabi will control the middle of the park as per, with Koke and Vitolo either side of them. With Atletico eyeing a UEFA Europa League final place, they’ll likely rotate a touch, or at least manage the squad’ fitness.

Meanwhile, Betis come into this one flying. Six wins on the spin leaves them in a fantastic place, though the loss of Zouhair Feddal and Javi Garcia is a small blow. Jordi Amat will come back into the side, playing in a back three. We expect to see Joaquin and Ryad Boudebouz on the wings, giving Betis their customary pace (despite Joaquin’ age).

The quality of Sergio Leon is one thing, but we expect the impressive Loren Moron to carry on through the middle. He’s been impressive since breaking into the side, and will look to continue that here.

How Atletico use the middle will be very important. Given that Betis are happy to play with wing-backs and wide players, Atletico will look to funnel through the middle. If they can use the extra space in the middle, they can supply Antoine Griezmann with the ammo needed to kill the game.