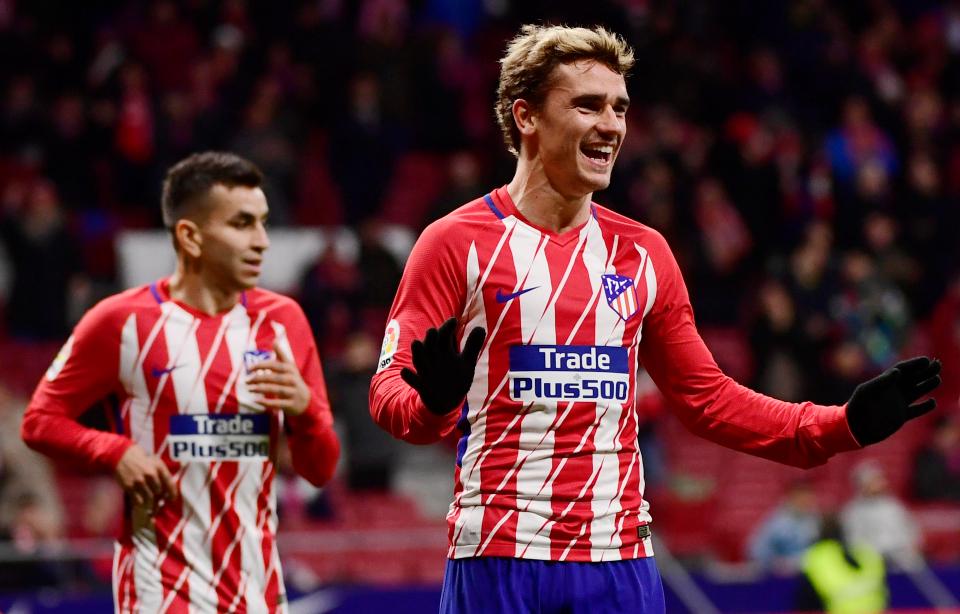 This is the strongest Atletico Madrid side that Diego Simeone has ever had the pleasure of working with. A reasonable core of players still remain from the 2013/14 campaign, where Los Colchoneros finished top of LaLiga in surprise fashion, but the capabilities of both groups are incomparable.

Skip forward five years and Atleti still have the same courage, fight and winning mentality that has been instilled in their DNA from the moment that Simeone took charge in the Spanish capital, but they are now so much more than a defensive unit with a never-say-die attitude. It is the easy, mainstream narrative to point out that down to Jan Oblak and whichever four defenders that assemble themselves as a line of resistance in front of him, Atletico Madrid are a true nightmare to break down and are rarely torn apart.

After close shaves in the Champions League, flirting with the ultimate club glory, Atleti have recognised that sheer grit and tenacity are not always enough to guarantee success. Simeone’s mentality of taking any competition game by game is one that ensures that his group are competitive in every single clash they face, but beyond that in terms of technical ability and quality, they have evolved. They no longer need to scrap and battle: they will persist in their warrior-like style, but not through necessity.

The arrival of Thomas Lemar paints the picture of this new Atleti side. The Frenchman admitted in his welcoming press conference that he is prepared to run further and harder for Simeone, but his skill set is far removed from the archetypal Atletico guerrilla. Married with that desire to work hard for the collective, Lemar possesses supreme technical ability, an unpredictable edge and a direct goal threat, as well as the agility and pace to make a nuisance of himself in the opposition half.

Purchasing Rodri from Villarreal, too, has highlighted a shift in how his new club will be operating style-wise. A classy, smooth deep-lying midfielder who can help Atleti to play out from the back, as well as keeping play ticking over, is a luxury that Simeone sides haven’t too often had.

Atleti, a couple of years ago, would typically sit deep and look to prey on the favourites’ mistakes, but their recent 4-2 extra-time win over Real Madrid in the UEFA Super Cup showed a different approach. Los Colchoneros can press higher, go toe-to-toe with clubs that previously were out of their league in terms of financial investment and star players.

When Simeone’s side won LaLiga, they had, of course, some stand-out personnel, but arguments were not being made for his group to have some of the best players in the world in their respective positions. Going into the 2018/19 campaign, Jan Oblak is a supreme goalkeeper, with the likes of Diego Godin and Jose Gimenez internationally respected operators at centre back. Filipe Luis is a household name, with Lucas Hernandez his direct competition at left back after lifting the World Cup with France this summer.

Young Rodri is carving out a name for himself as one of the next great Spanish midfielders, while Koke and Saul both spent their summer in Spain’s senior squad. Antoine Griezmann enjoyed trophy success in Russia with both Lemar and Lucas, with Diego Costa’s goalscoring record for the club speaking for itself. They are not a rabble, seeking to disrupt the lofty LaLiga hegemony, they are genuinely capable of outclassing top sides.

There is still the crafty, streetwise edge to certain characters within Atleti’s ranks, but as a team they have grown immeasurably in terms of their playing potential over the last few months. Simeone, well aware of the fact that he doesn’t want to stand still and be left behind in terms of philosophy, has always been prepared to try new systems and approaches each preseason. In the end, Atleti always seem to revert back to what they know best, a solid, organised 4-4-2.

This coming season boasts the best opportunity that Atletico Madrid have had to kick on and redefine their squad’s image on the biggest stages. After spending big, but intelligently, over the last few months, they have armed themselves with a versatile range of tools that can help solve a multitude of problems across a long campaign.

Their UEFA Super Cup win highlights the strength and depth they possess, there many ways in which Atleti can control games and hurt opponents. As Real Madrid enter an era of uncertainty after the departures of Zinedine Zidane and Cristiano Ronaldo, while Barcelona look to prolong the good work of Ernesto Valverde at Camp Nou, their ‘plucky underdog’ rivals aren’t looking like the title race’s little brother anymore. Their victory in Tallinn was a warning shot and they are here to do some damage in LaLiga.