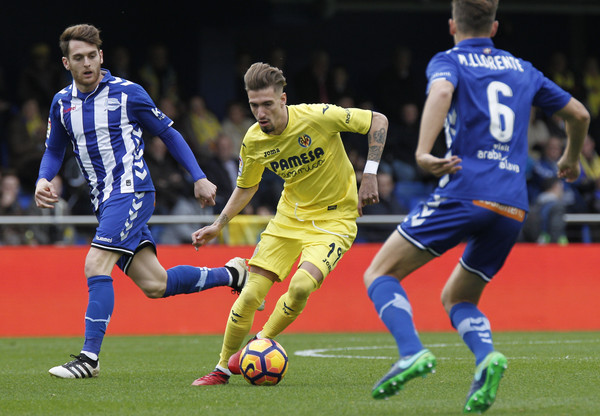 Having reached the Copa del Rey final last year, much was expected of Deportivo Alaves this year. Three losses on the spin, though, has bulleted enthusiasm for one of the more exciting Spanish clubs, and a visit of a good Villarreal side (who have yet to really kick on themselves) should pose an interesting challenge. The season has seen a tough start, with few players for the home side really impressing yet. The new signings of Alvaro Medran and Bojan Krkic will hopefully add more depth to a side that looks a little light on quality.

However, the debut of Bojan was a nightmare as he stunk the place out. Thankfully for Alaves, their opponents this weekend are in a crisis of confidence themselves. One win in three has left the Yellow Submarine feeling a little sunk, with only really Rodri making an early impression. New signing Carlos Bacca looks like he might struggle to formulate a proper partnership with the unimpressive Cedrid Bakambu, which may cause problems for Villarreal as the season kicks on.

New coach Luis Zubeldia has struggled at Alaves, and is already likely looking over his shoulder given the managerial turnover in the league. Villarreal, though, are hardly more impressive. Two wins in all competitions and six goals across those two games will at least lift the mood a little, but not enough.

We’re going to go for a score draw, but if you need to put money on someone to fail, it’ll be the home side.