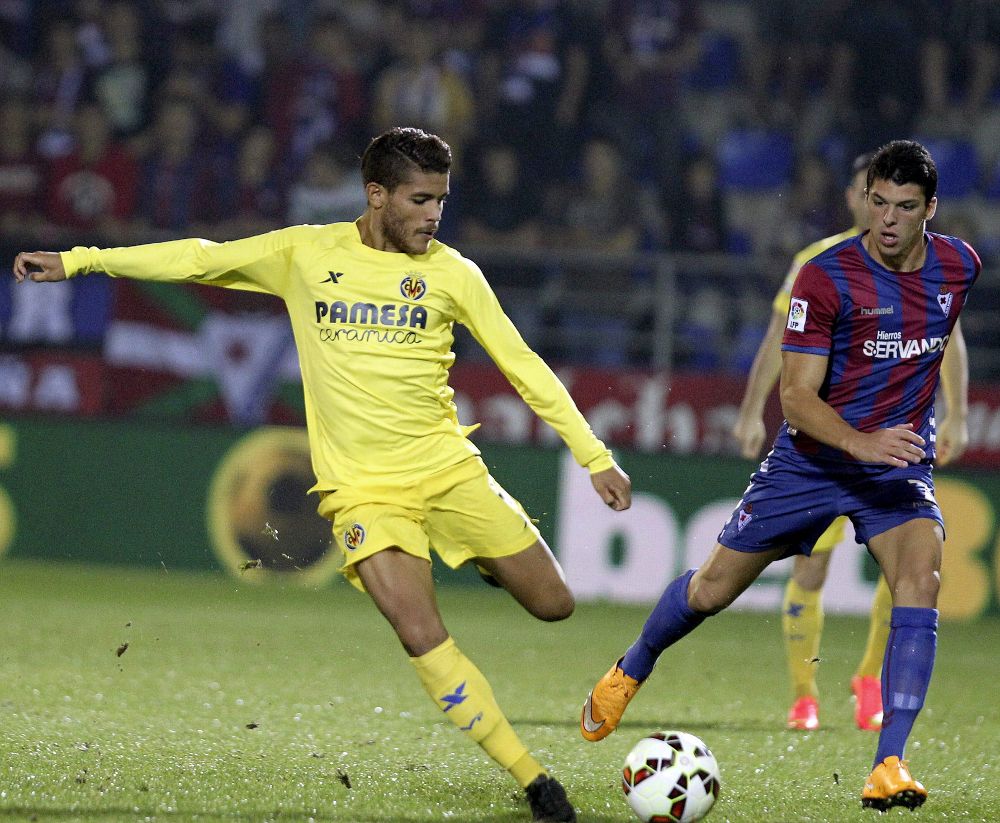 In La Liga this weekend, one of the more interesting match-ups comes from the battle of two sides who have consistently over-performed.  Siting in 5th place, the excellent Yellow Submarine of Villarreal welcome the low budget but courageous Eibar to town. Both sides play with an engaging verve and excitement, which should help to make for a game that is going to be worth watching.

The home side know that their chances of success lie in the middle of the park. The likes of Bruno Soriano and Manu Trigeuros are the showman of the side, helping to make up for the poor form of Cedric Bakambu and Roberto Soldado. It’s because of this that Eibar need to be cautious. This year, it’s not the forwards who are the ones to fear – it’s the midfield. Last year, Villarreal were quite reliant on the likes of Bakambu to weigh in with the goals; this year, it’s been nowhere near as simplistic.

Eibar, meanwhile, know that they need Sergi Enrich and Pedro Leon to turn up once again. With 8 and 10 goals each, they are by far and away the top performers for the away side. The defensive solidity of the likes of Ivan Ramis, Florian Ljune and Anaitz Arbilla have been key to their development and improvement across the season, also. This match, though, should pose a very interesting match-up for this reason.

One team has a lack of forward firepower, the other relies on a solid backline and a tough forward line to help scrape through results and get wins.

Villarreal, though, are a team who do not see much in the way of action. 10 of the last 12 games, according to WhoScored, have seen less than 2.5 goals. This shows that many of their games are simple and rather dull in terms of excitement. This weekend, we don’t expect much to change on that front.

Neither side could say they are bombastic or exciting. What they are is functional, solid, and easy to watch if you prefer a more structured game of football. We expect that this game will be a draw – 1-1 sounds the most likely event. Both teams are decent enough at the back to keep scoring low while neither is prolific enough in front of goal to lay claim to the idea that they could dominate in this one.