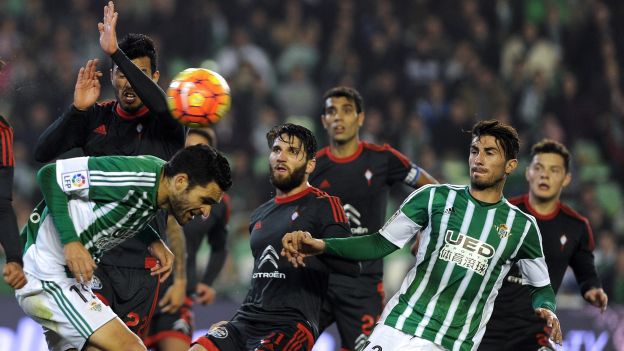 This weekend, Manchester United fans might want to tune into the match between Celta de Vigo and Real Betis. Vigo, who have reached the semi-finals of both the domestic cup and the UEFA Europa League, are a side that are one of the most interesting in Spain. For United fans, the easiest comparison would probably be with the Athletic Bilbao side that they played a few years ago.

While nowhere near as talented or as exciting on the ball, they contain a variety of academy graduates – all of whom played with the club in the second tier showcasing the squad building ability of the side. If United have found it quite easy to reach the last four, they might face the best side they have so far in a talented and aggressive Vigo side.

This weekend, then, the Galicians welcome a struggling and dour Real Betis side to town. With just two wins in their last six, Betis arrive in Vigo knowing they need to show a whole lot more than they have so far away from home if they wish to get a result. Ten points separate both sides, meaning not much is on this match in terms of things to play for.

What is on the line, though, is the future progression of either side. With the away side in deep need of form as well as performances, Vigo know that this should be as good a warm-up as they can have for a tough period to come both in league and European play.

Betis know that they are likely safe, even though they could still be relegated. With so many sides underneath them in similarly dull form, it’s not beyond the realms of possibility for Betis to finish quite far away from the relegation spot – even if they don’t particularly deserve to.

This weekend, it’s going to come down to the performance of Iago Aspas up front, and Facundo Roncaglia at the back. They have the potency to put a couple away, if Aspas is at it. They also have the solidity and the bloody mind-set needed to keep a clean sheet.

Betis are a dour side to watch and it would be hard to vouch for them to win just about any match, nevermind this one. They need the summer to arrive without getting relegated – we’re expecting a strong home win to help compound what has been a rather trying time period for Betis fans, however.