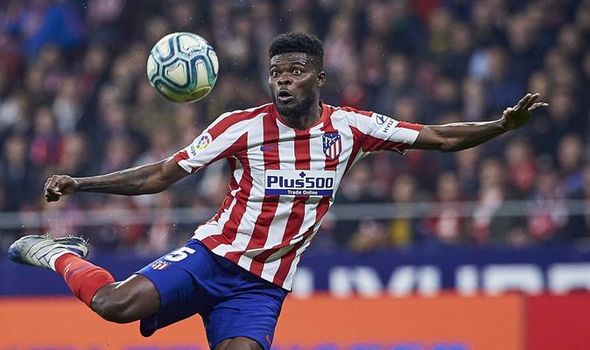 Thomas Partey to Arsenal in doubt due to funding

When Arsenal were first linked with Thomas Partey, it made immediate sense. The Gunners have needed an extra level of dynamism and control in midfield for some time, and Partey showed he has this in abundance against Liverpool. Having helped to knock the reigning European champions out of Europe, Partey has seen his stock rise even higher than before. However, a mooted move to Arsenal might not come off due to finances.

Like many clubs, Arsenal are downgrading their summer 2020 ambitions due to the COVID-19 outbreak. Limiting the spending power of teams drastically, it’s going to be hard for a club to make any kind of genuine moves in the way they had intended at the turn of the year. For Arsenal, one victim appears to be the affordability of their move to land Partey.

Previously, the midfielder – rated at €45m plus – would have been just within their financial reach. Now, though, COVID-19 is likely to mean that Arsenal need to spread the net and sign projects as opposed to more finished articles like Partey. Naturally, this could have serious impacts on the clubs ability to progress towards consistent access to the UEFA Champions League.

Without doubt, this is likely to cause major problems for the club and also for Partey. Having long been seen as a perfect target for English clubs, a move that looked to be such a natural fit for both player and club looks to have fallen through. Unless Arsenal can receive a major cash injection or Atletico really need to make a quickfire sale, expect Partey to be in the red and white of Atleti as opposed to Arsenal.