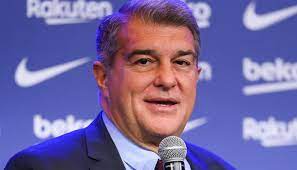 If you listen to the people at the very top of the football pyramid, the sport is in trouble. Despite the major clubs in the sport being worth billions, there is always a desire for more. More money. More exposure. More big name singings. More salaries. The best way to pay for that is to look for financial and commercial opportunities abroad. For many big clubs, the United States remains a fertile ground for attention and for building new, larger fanbases in the years to come.

However, a recent plan hatched by La Liga to host a series of league games in Miami, Florida has been shot down. The aim was to give US-based La Liga fans the chance to see some of the biggest fixtures being held stateside. Though long opposed by vehement fans who see their clubs being sold off, it has been an idea supported by the largest clubs as another way to fill their coffers.

That said, a recent ruling within Spanish court means that it is unlikely this will ever take place. the ruling against the potential for La Liga games to be held in Miami has been shot down by legal professionals in the country. The decision can be appealed, but it is expected that it would be highly unlikely that any appeal would be successful.

The talk of playing games abroad has long been a discussion since the English Premier League considered a ‘Game 39’ that would take place abroad. Though some can see the potential commercial value, others see it as a further erosion of what makes football so great; the attachment to the fanbase of the club.

Becoming a touring exhibition league would not be a good look for any major league looking to build its reputation.

All matches to be played in Spain

The simplest reason for the fixture change being blocked is that teams should be playing their games on Spanish soil. The idea of moving domestic games to another continent, and in an unsuitable timezone for Spanish fans, has been ruled out.

Spanish football has experience of hosting games from other tournaments, too. The Copa Libertadores Final between Boca Juniors and rivals River Plate was held in Madrid when the second leg could not be played in Argentina on safety grounds. Many at the time in Argentina complained about the timezone and the fact that they would be playing a Copa Libertadores match – a cup whose name celebrated South American liberation – in Spain as an insult.

While this is likely to be put on the backburner like the European Super League, it is likely not dead yet. La Liga have shown they can be relentless in their ambition in the past, always looking for ways to bring in new income streams. If there is even a chance that a money-spinning event like this could work, then it is likely that it will happen sometime in the eventual future.