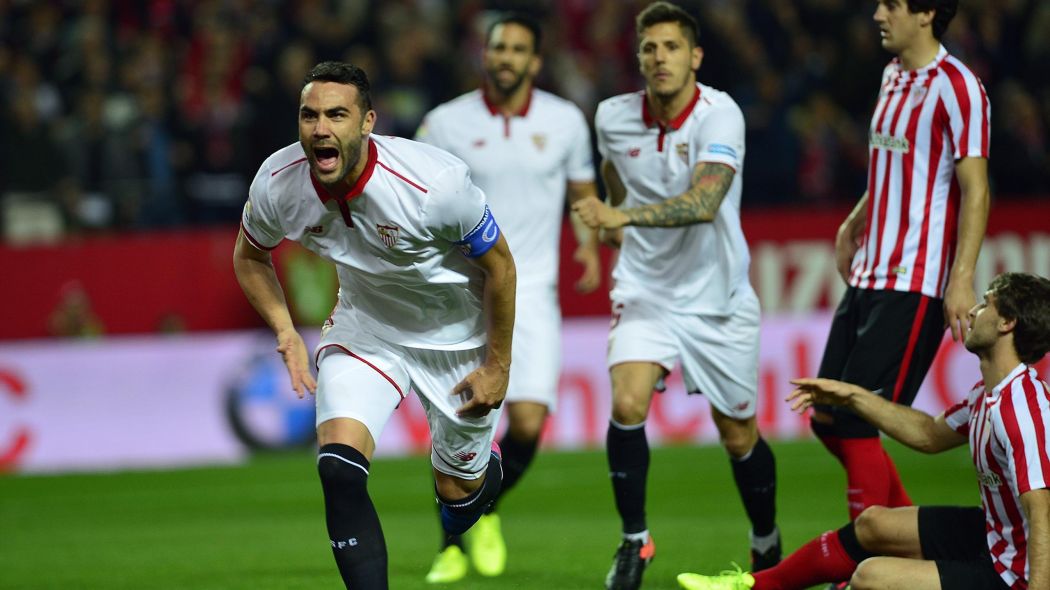 At the start of the season, it might have been expected that both sides would be pushing for a UEFA Champions League spot. While 5th placed Sevilla might still achieve that aim under Vincenzo Montella, visiting side Athletic Bilbao aren’t quite so likely to make the most of what has been a trying season.

While the likes of Jesus Navas and Gabriel Mercado are likely to miss out, Sergio Escudero is back and ready to kick on. Simon Kjaer could come back into the side alongside Miguel Layun, too. Layun in particular will need to improve after a challenging start to life in Andalusia.

Athletic Club, meanwhile, arrive without long-term absentees Mikel Rico, Mikel Balenziaga and Iker Muniain. Inaki Williams is likely to kick on up front for the away side, while we could see Oscar De Marcos return to a wide position with Marcel Sausaeta on the other wing. Mikel San Jose and Benat are likely to play in the middle of the park, too, hoping to make up for a poor season from both players in lieu of their latent qualities.

With two or more goals conceded in each of their last three away games, plus injuries, things look bleak.

A home win feels the most likely. Bilbao are a deeply unimpressive side at times, with their consistency proving a major ailment for the side. We expect that this inconsistency will continue at a ground they don’t have a strong record of performing in.