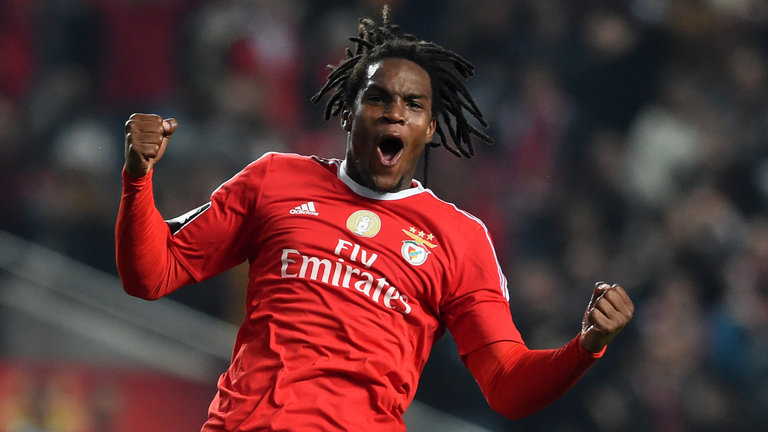 Following a massive move from SL Benfica to FC Bayern, rumors are swirling that Renato Sanches could be on his way out of the club. The teenage starlet, one of the most impressive in the world for Benfica and then at Euro 2016 for Portugal where he emerged victoriously, has struggled since moving to Bavaria. Having spent a lot of time going back to Lisbon, too, questions have been asked over his readiness to make such a major move in his career so soon. Would remain at Benfica for another season or two perhaps not have been the better option?

With links to Manchester United, who are interested in taking over for Bayern as the player’s owners, as well as Barcelona, Bayern should not fear missing out on the sums of money they paid for Renato in the first place. At just 19, he still stands out as one of the finest young players in the world, with so much still to come.

Having burst onto the scene with Benfica prior to Euro 2016, announcing himself with an incredible long-distance goal early into his career, Sanches has stood out as one of the top young prospects around. The first season in Germany, though, was a touch of a flop: he struggled to get into the side on a regular basis or make much of an impact when he did

His agent has apparently now held chats with Barcelona, who are looking to re-build their squad and add a touch of youthful energy and exuberance to the side once again. Without a single goal or assist in his first season, that massive price tag that Bayern paid has so far not been paid off at all. Given the rate of movement in Bavaria this summer, a fast exit to a more comfortable club might be a move worth considering for the young midfielder.

With Barcelona seemingly in pole position to make a move for him, too, it will be interesting to see where this goes. In need of a refresh in the middle of the park and already fitting in with fellow Portuguese midfielder Andre Gomes, Sanches would fit in perfectly at the Camp Nou. Whether or not that move occurs will be an interesting one – it could be best for all parties to see him move back closer to home, and to a club that might more readily fit his style of play.