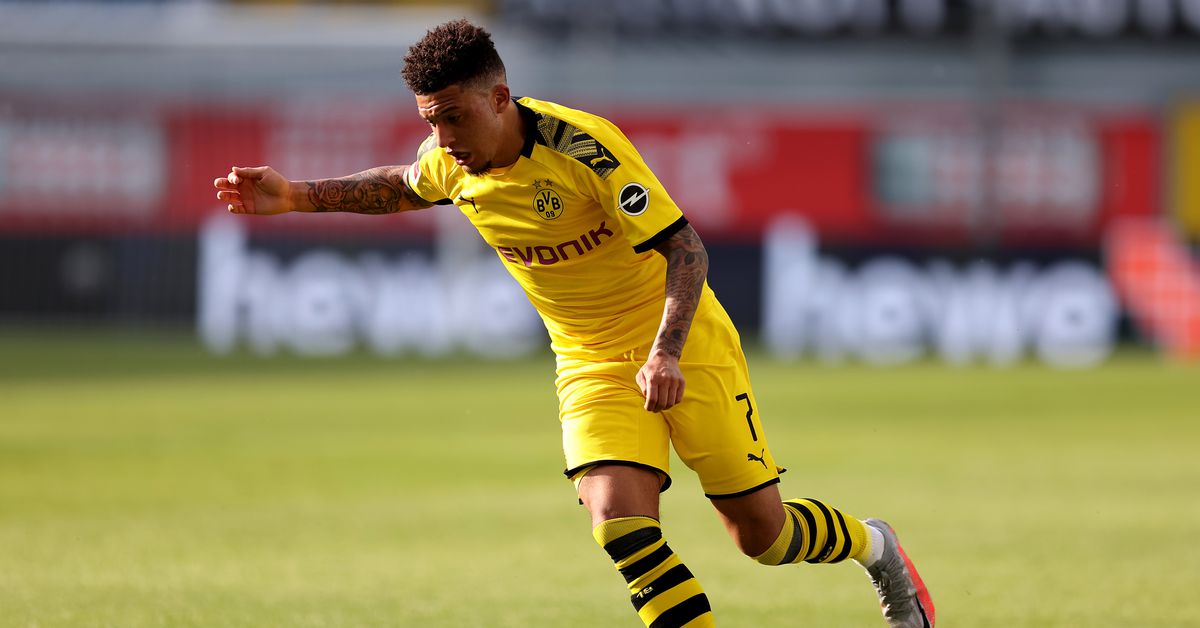 As one of the hottest talents in world football, you would need to be a fool to be a football director who has not looked at Jadon Sancho. Even in his Manchester City days, Sancho was tipped as a genuinely special talent. His ludicrous performances for Borussia Dortmund since arriving in Germany only help to further cement just how good a player he is. Now, it looks like he might have caught the attention of the club: Real Madrid.

With a clear eye on adding some more English talent to their squad after previous success, Los Blancos look set to make a move for Sancho. Reports about when, though, are conflicting. A 2020 summer move was suggested, but the COVID-19 crisis might mean delaying for a year. However, while clubs like Manchester United and Chelsea hoped for a free run at the young Englishman, it looks like Spanish interest might scupper that.

Given he’s made his name overseas, there clearly is no fear in Sancho to try out a new culture. And given his incredible skills, he could be the ideal player for a Madrid side that needs more intensity in the wide areas. While young talents like Rodygo and Vinicius Jr are impressive, they lack the week to week showcase that Sancho is now providing.