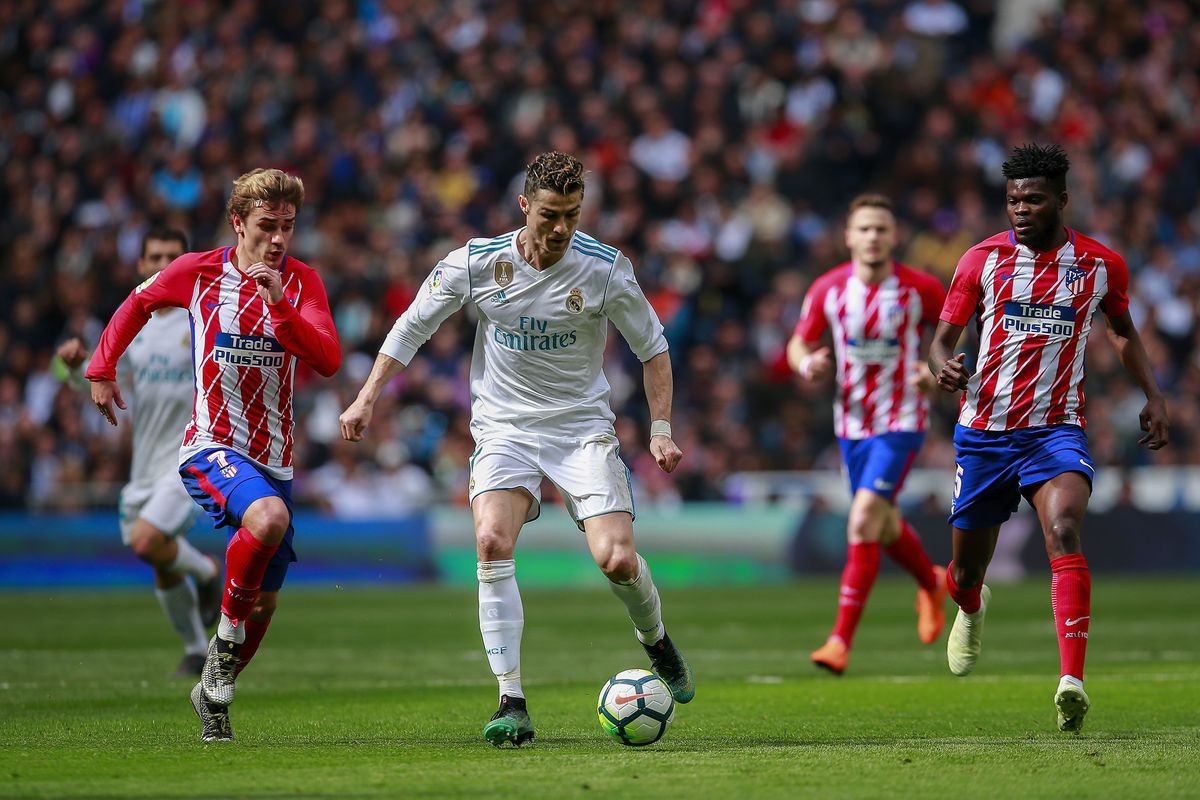 As the Spanish La Liga table begins to find a sense of finality to it, the rumbling of the Madrid derby opens up some very interesting discussions. Only 4 points separate the pair now, and a result here will likely be determined by one thing – Cristiano Ronaldo

The revival of Cristiano Ronaldo has been almost beyond belief. With 22 goals now in La Liga alone, the Portuguese has exploded in a way that many simply believed he no longer could. Real come into this one on the back of four league wins and a very impressive 3-0 win in Turin in midweek.

They come into this one mainly full strength, with the majority of their team back in contention after a period where Madrid often looked blighted by significant injury woes.

Atletico meanwhile have lost two of their last six, winning the other four. They have been in mostly impressive form in 2018, and a midweek win in the Europa League only furthers their chances of lifting European silverware.

They head to the Bernabeu, though, knowing that a loss reduces their gap to a point. While mostly everyone is fit, it will be down to the cantera duo of Koke and Niguez to come out the other side of a gruelling encounter with 3 points. In front duo Diego Costa and Antoine Griezmann, though, they have a chance to get at Sergio Ramos and Raphael Varane.

This should be a hugely interesting match to watch. The impressive qualities of Ronaldo, Benzema, Griezmann and Costa are obvious. How the two defensive pairings handle the opposition strike partnerships will probably play a key role here. With both defences prone to mistakes, though, this could make for a very exciting match.