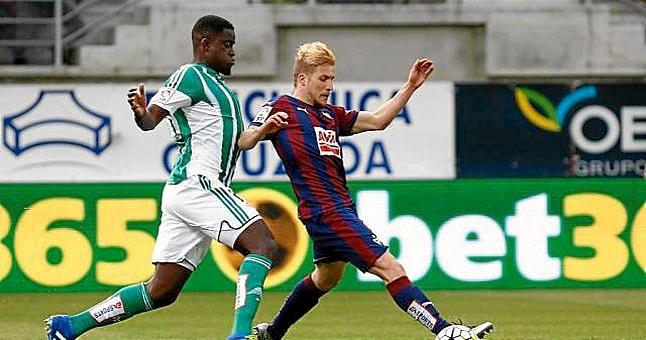 This weekend, Real Betis say hello to Eibar in what should be a fun match to watch. Both sides play great football and have been surprising success stories this season. Who, then, is likely to come out on top in this 6th v 10th encounter?

Betis have won three on the spin, and come into this one in a good run of form. Despite their lo-sided defence, the introduction of Marc Bartra in January has helped to add a degree of solidity at the back. Add in the impressive return from Loren Moron and Fabian Ruiz, and it’s easy to see how Betis are picking up such good results.

The evergreen Joaquin has combined well with Andres Guardado, too, making it easy for both sides of their midfield to combine well. For Betis, victory here could help further close the gap on 5th.

Meanwhile, Eibar come into this one in a poor run. Two losses on the spin has been bookended with draws, where the side has not won in four. The impressive form of Pedro Leon and Ivan Ramis has been key to their wins, though. Ramis (tries) to keep things solid at the back alongside Arbilla and Angel.

While their midfield of Garcia and Escalante has struggled throughout the season, Eibar come into this one hoping they can catch Betis on one of their more dramatic evenings. That, though, will be reliant upon them maintaining their usually aggressive tackling game.

We think that how Ramis and Arbilla handle Moron will be a major part of the result here. With Antonio Sanabria missing out of this one, though, if they can handle Moron they should feel good about getting a result here. 10-goal Sergio Leon, though, could be essential in this one if Betis are to break down a stoic defensive duo.