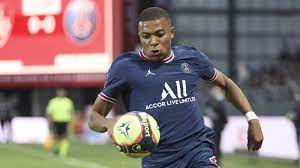 Having moved from being a potential superpower to a genuine giant of the club game, Paris Saint-Germain have enjoyed incredible power as a club for the last decade. The investment put into the club has seen them very quickly rise from being an underachiever based in a supercity to becoming one of the metropolitan giants of the football game.

Since they were bought, PSG have become Champions League contenders and regularly put together squads that are filled with stars. Not even PSG, though, can keep every star.

The ‘old’ names like Real Madrid still hold a reverence to players of all age groups, as PSG are finding out to their cost. The long-term attempt to have Kylian Mbappe sign a new deal with the club looks set to end in failure. The star is down to a single year left on his deal, and has been pretty clear that re-signing is not going to happen. A pursuit from Madrid has been ongoing for a long time now, and it has been clear that it has irked those at the top of the club.

In recent interview, PSG’s Sporting Director, ex-player Leonardo, was quick to show his complete displeasure with the situation and how Madrid have handled themselves.

What did Leonardo say about Real Madrid?

“We made two significant offers to Kylian: one at the level of the top players in our squad two months ago and one above that of those players very recently. We want to prove to him that he is an important player, at the centre of our project, but not above the project.

When asked to elaborate on his views on how Madrid had handled the situation, Leonardo added: “In terms of our position on Real, it seems like a strategy to try to get a no from us, to show that they have tried everything and to wait for a year to get him for free.

“It is proof of the strategy: an offer comes one year before the end of his contract and seven days before the end of the window. They want us to reject it to show to Kylian that they tried everything and to start negotiating for next year.”

Expect this deal, then, to go right up to the end of the transfer window as both superclubs try to outdo one another.