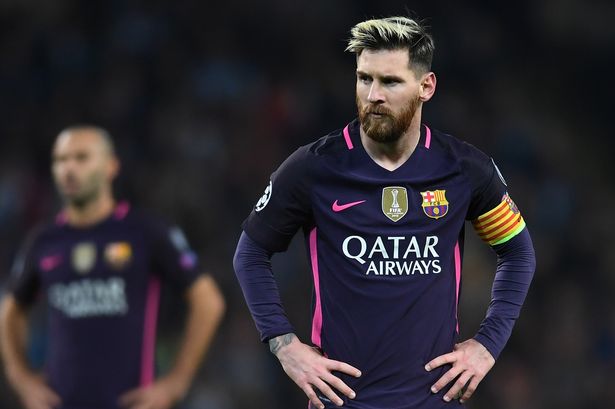 Having been linked with a spree of young talent as Barcelona look to rebuild their squad, The Express in England report that Lionel Messi is growing annoyed at the Catalan side’s lack of transfer movement. With Gerard Deulofeu making a rather strange return back home, Messi appears to be annoyed at the lack of ability to refresh a side now some way behind Real Madrid in terms of talent and consistency.

A primary target, apparently, was Borussia Dortmund superstar Ousmane Dembele. The young Frenchman took the Bundesliga by storm last year, culminating it with his incredible goals in the DFB-Pokal (German Cup) Semi-Finals and Finals. His goal, away at Bayern in the semis, was seen as a true landmark moment for the teenager as he announced himself on the world stage one and for all.

Links away from Dortmund have been around for some time, and it feels like a two-year ceiling on his time in Germany might be realistic. However, he is rebuffing moves at present from the likes of Barcelona and Manchester United – with the former’ lack of ability to get the deal done annoying star man Messi.

With the chance that a further breakout and then the 2018 World Cup being a good one for Dembele seeing his price tag rise further, an already difficult deal could become impossible. It’s known that Barcelona has had to do a lot of movement on their wage structure to build a more cohesive platform. The club, though, is in nowhere near the shape it once was and a mega-deal for Dembele could be beyond them.

With Diario Gol in Spain reporting that this is beginning to test Messi, it will be interesting to see where this inertia leaves Barcelona in the long-term.