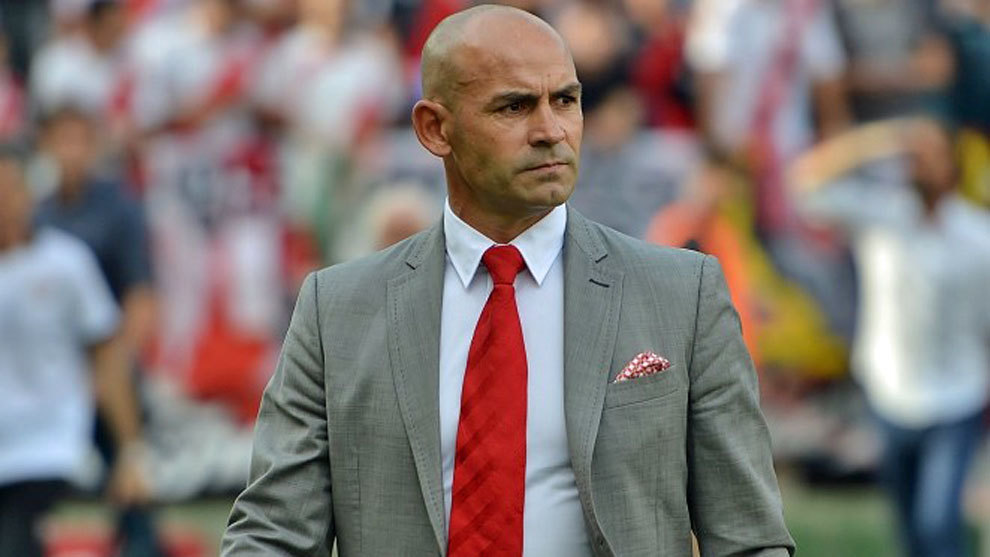 Only Alavés can rival Las Palmas for the amount of different coaches they have gone through this season. The figure already stands at two, with four months of La Liga still to play. There is certainly time for further casualties, and after being appointed as their third manager of the campaign, Paco Jémez will be feeling anything but safe. Just a couple of weeks into his tenure, the flamboyant former Rayo Vallecano boss has already seen his team’s pride and confidence take a considerable hit.

Plenty is made of the potential for a new coach to come into a club and make an immediate difference. Players must prove their worth to a new man who has fleeting past relations with many of the group, with new ideas and approaches sure to obtain at least short-term effort and commitment to the cause. Should the results not follow suit, their enthusiasm will wane, but as a premise Jémez should be offering a healthy alternative to the mess that has been Las Palmas’ 2017/18 campaign.

In reality, this is yet to occur. Last weekend saw Girona thump six past the club from Gran Canaria, with Jémez’s tactics bordering on ludicrous. His approach was gung-ho and naive, with his set-up affording a team that loves to counter at pace plenty of space in behind within which to operate. The speed of Portu was key to winning an early penalty, with Borja Garcia also stroking home a neat finish after a good counter-attacking move. Portu and Christian Stuani continued to bully a central defensive three, with Ximo Navarro and Alejandro Galvez regularly being pulled out of position and then mercilessly punished in one-versus-one situations.

Even an injury to Girona top goalscorer Christian Stuani was not enough to derail the newly-promoted club, with replacement Michael Olunga coming into the fray and then bagging a hat-trick – the first goals to have found the back of the net in the Spanish top flight from a Kenyan’s boot. Las Palmas looked fragile, out of their depth and all at sea defensively, three things which have been themes of their entire campaign, not merely in Jémez’s latest taste of La Liga. Manolo Márquez tried to tighten things up at the back, while Pako Ayestarán looked to shuffle the pack and use explosive forward options. Now, a risky approach is threatening to derail the new managerial era before it has even had a chance to begin.

Top scorer Loic Remy has been frozen out of Jémez’s plans after arriving late to a training session, with as many as eight first-team faces linked with winter moves away from the club. There is a desire to find a competitive edge, a collective work rate and identity, but it seems a far-fetched utopian future given the relaxed, technique-heavy atmosphere under past coach Quique Setién. Jairo has been brought into the club in an attempt to add some quality to a squad that has lost Vitolo to Atlético Madrid recently, but progress has not been made.

In the Copa del Rey versus Valencia, Jémez employed a 4-3-3 system, before reverting to a system that used inexperienced wing backs and three central defenders at Montilivi versus Girona. While the same ideas remain constant throughout: play a high line, try to play the pace at pace and combine with neat one-twos to get upfield, all of their on-the-ball work is being undone by a lack of foundations. In their own right, the likes of Ximo Navarro, Gálvez and Mauricio Lemos are not bad central defenders, but Jémez’s tactical requests are hauling them out of their comfort zones.

Las Palmas are playing a dangerously high line, with little in the way of pace to make up for any errors, while their central defenders continually find themselves pulled out of position and isolated without the required level of tracking back from ill-versed wing backs or wide men. Their squad is all pulling in the same direction in terms of understanding the style which their coach wishes to play, but the teething problems are overpowering, with gaps readily appearing. On the field, in practice, there is no such collective clarity.

After working their way through two coaches already – the first of whom was then openly critical of the club’s pre-season planning and management at higher levels – Las Palmas have chosen to twist rather than stick. Jémez brings new ideas, energy and fire. All he needs is a spark to set his plans ablaze, but recent evidence suggests that it could take a while to conjure kindling from a damp store of wood.