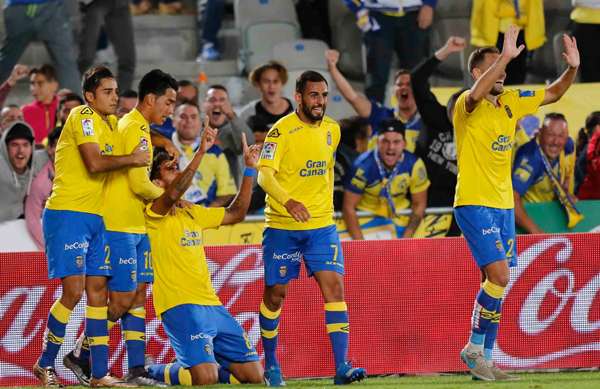 This weekend, one title hopeful will be taking on one of the most interesting clubs in La Liga. As Atletico Madrid head to play Las Palmas, the league should see a hugely entertaining fixture. Atletico, still banned from making signings, are in a tight spot as a club and need to make what they have already count until January. Meanwhile, their hosts have seen a lot of good players leave the club and their general level change a little. With the likes of Roque Junior leaving and players such as Jonathan Calleri come in, it’s been a summer of change for the home team.

Both sides strike us as teams that have a really interesting style of play – combative, abrasive and engaging. While the away side are lacking their main creative outlet in Antoine Griezmann, they still have their usual grit and steel that should keep the goals against column in relatively good standing.

Six losses in a row, though, means that Las Palmas have started this season so far with the same lack of confidence as they finished last year with. While they were unlucky to lose against Valencia last Friday, the red card for playmaker Alen Halilovic left the club in a bit of a bind and he’s still missing for this weekends match.

They will need to make their home ground as strong as possible, as they look to have done nothing to improve upon their woeful away form. They need a win here to make sure that they ca build up that confidence in their home ground once again.

At the same time, though, they are up against a gritty and effective Atletico Madrid side that can more than handle itself. We expect this to be a good match, with Atletico coming out on top.