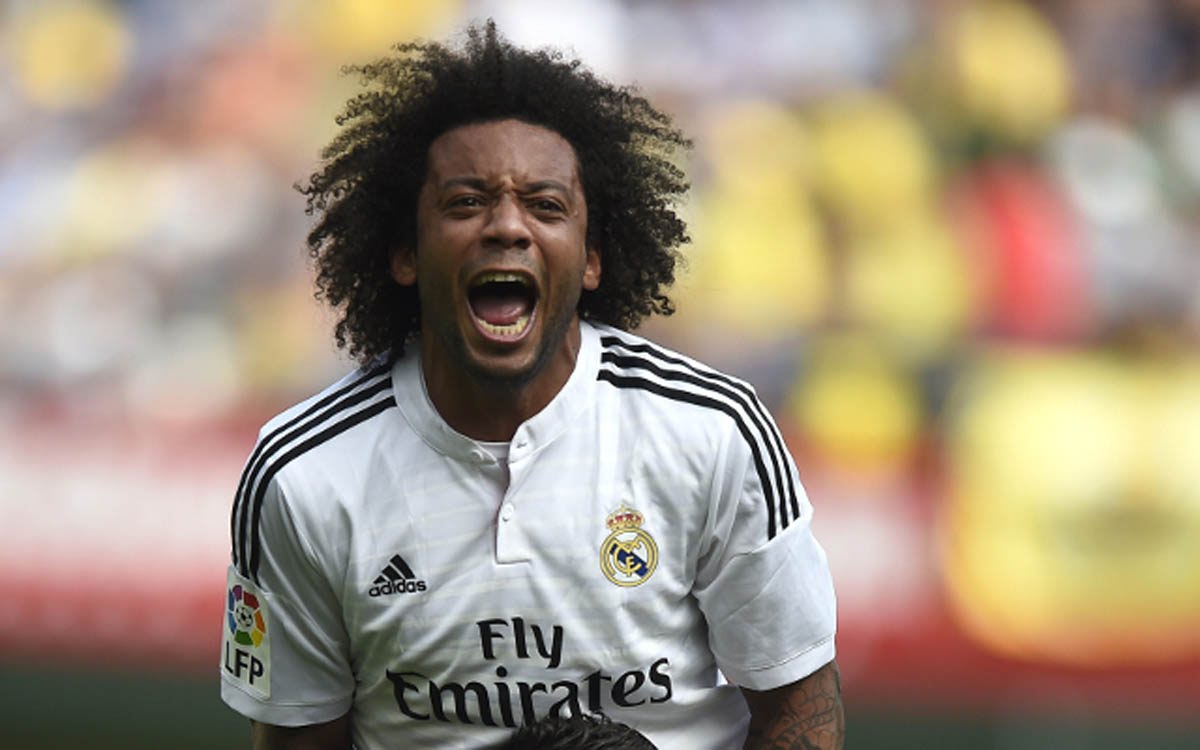 Every time Marcelo does something as outstanding as his equalising goal for Real Madrid against Bayern Munich, a slogan is banded about in the media, both conventional and social: ‘the best full-back in the world.’ It is, however, surely worth asking the question; should he really be a full back at all?

When he first broke into the Fluminense first team in 2005, it was taken for granted that in the course of time he would make the move to midfield.  It is indeed possible to imagine him one day going back home and rounding off his career with a spell where he enjoys himself as an attacking midfielder.

But we are talking about a player just a few weeks short of his 30th birthday, who has spent over 11 years playing left-back for Real Madrid. So there seems little point in arguing. He is a left-back. Then again, the defensive deficiencies of his game seem so glaring that it is clearly worth wondering whether he might be better employed higher up the field, where mistakes would not be punished so harshly.

And it is not just a case of the obvious problem of the attacking full-back – that he cannot be in two places at the same time. In this situation, if the opposition are able to take advantage of the spaces he leaves behind him, then the coach is to blame. If he wants the benefits of an attacking full-back, the man who picks the team must balance out his side to reduce the risks.

But in the case of Marcelo, it is more than that. It is a lack of concentration or of defensive awareness. Running too deep and playing the opponents onside; not getting tight enough to prevent crosses from coming in; diving in with wild tackles; not tracking the runners – all have been part of his game from time to time. He was arguably at fault for Bayern Munich’s goal. He was certainly at fault in that astonishing home defeat to Juventus in the quarter-final, when Real came close to a shock elimination. The Italians had clearly targeted his sector. And he was very definitely at fault in that extraordinary 7-1 capitulation to the Germans in the semi-final of the last World Cup, when he gave David Luiz a run for his money as the worst player on the field.

In mitigation, it is only fair to point out that the match took place just three days after the death of his beloved grandfather, the biggest influence on his career. And Marcelo is without doubt an emotive figure – which at time can be another possible problem area. He first came to prominence in the 2005 Under-17 World Cup, when he managed to be sent off for losing his head twice in the competition – both times when Brazil were on their way to defeat. He seemed unable to cope with losing. And if he is a little more controlled now, the danger remains that the red mist might descend.

It is hard to argue with his collection of titles. He has three Champions League winner’s medals, with a good chance of adding a fourth next month. The one that is missing, of course, is the World Cup – and Russia 2018 will be the defining moment of his international career.

His time representing Brazil has been strange and uneven. He made a magnificent goalscoring debut so far back that the stadium no longer exists; at the old White Hart Lane in north London he scored a cracker in a friendly against Wales in September 2006. But he had to wait over a decade for his first goal in a competitive international – rounding off a wonderful four-man move in a World Cup qualifier at home to Paraguay in March of last year. He made his debut just before his full-back partner Daniel Alves, but has less than half the number of caps. At times it seemed that coaches would pick anyone but Marcelo to be Brazil’s left-back. Two of them, Dunga and Mano Menezes, had serious doubts about his attitude and commitment.

Current boss Tite would seem to have no reservations. Ever since he took charge in mid-2016, Marcelo has been the undisputed first choice – and some of the most important months in the left-back’s career are coming up.

As Real Madrid go in search of yet another Champions League title, and Brazil seek their first World Cup win since 2002, Marcelo is a key man. But will he stand out more for his attacking flair, or for his defensive lapses?