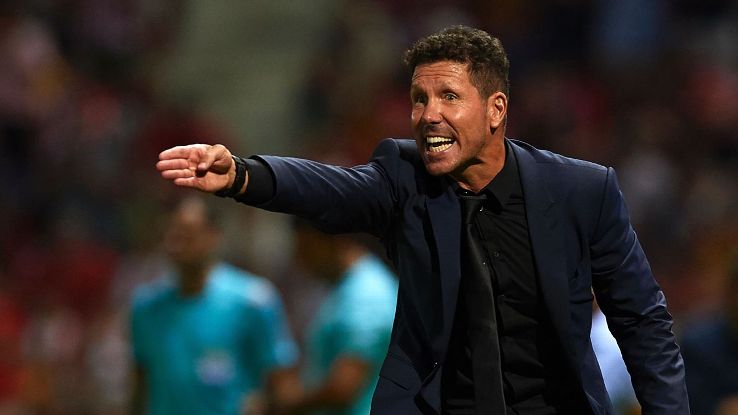 Is ‘Cholismo’ At An End?

In the summer, it was expected that Atletico Madrid coach Diego Simeone would perhaps move on. Having been in charge since 2011 and turning Atletico from an underperforming giant to a regular European finalist and league winner, Simeone has worked wonders at the club he loved so much as a player.

However, the 2017/18 season – and the move to their new stadium from the Vicente Calderon – has been rather stodgy to say the least. We’ve covered them a few times so far this year, but it appears that things are beginning to die out. While they are still solid enough at the back, a mere 16 goals in 11 games mean they are way down on where they would expect to be with the talent at his disposal.

Indeed, the fact their passing accuracy has slipped below 80%, according to WhoScored, is another issue. They lack finesse in front of goal, and their passing has been become erratic and lacking in imagination. While injuries have been an issue, it’s not a big enough excuse for a squad so packed with talent.

Some, then, are beginning to question if the end of ‘Cholismo’ is coming at Atletico. The fact that striker Kevin Gameiro knows he was always second pick and is due to be benched for the incoming Diego Costa is an issue, as well.

Certain players look like they have lost all belief, while a lack of offensive cohesion means their last 2 games have been saved by the help of Thomas Partey, a powerful holding midfielder. In short, things don’t look great for Atletico at present.

Unbeaten at present, it’s the 6 wins and 5 draws that is the issue. They don’t finish teams off like they used to, and their discrepancy at the back means too many wins have been turned into draws. They’ve not really put together many cohesive performances this year – the fact they are sitting on 23 points, then, is testament to the work that Cholo has done.

However, it might be that, without smart signings in January, this could be the end of one of the most impressive managerial stints in Europe. That would be a shame, as Simeone has been a breath of fresh air. His style, though, has its limits without the right kind of player. Unless Costa settles in immediately, that might not change quickly enough.